Does The Shoe Fit: How to apply for Footasylum’s season 5 on YouTube 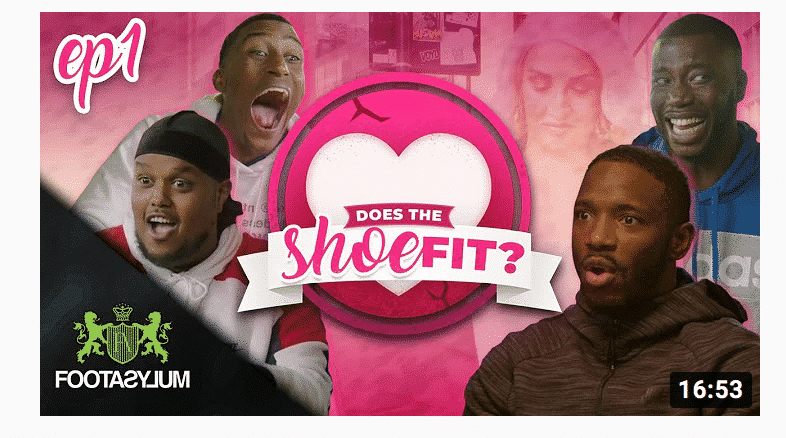 Season 4 of Footasylum’s Does The Shoe Fit has just wrapped up. The YouTube dating show is expected to announce a new season soon, and people are wondering how to apply to be on the show.

The show looks for models and influencers to apply, and if they are successful they will be invited to film the show and given £200.

GAMING: Another Twitch star is banned!

What is Does The Shoe Fit?

Does The Shoe Fit is a YouTube dating show run by Footasylum, which sees 4 celebs go speed-dating with four models or influencers. They then rate the date on camera and the celebrities respond to the feedback.

See also  Does Georgenotfound have a girlfriend (2021)?

How do you apply for the next season?

“We’re looking for confident models with fun/outgoing personalities for the hit online dating show, Does The Shoe Fit.

The last series of Does The Shoe Fit hit 10 million views online and we’re looking to surpass that number this time around!

Ladies you need to be single and ready to mingle as you will be speed dating with a mix of social media stars and celebrities.

See also  YouTube: What happened to All Gas No Brakes? Andrew and hosts update!

We want you to keep our male talent on their toes, make them work for it! We want to see chemistry, flirting and above all entertainment! Female aged 21-30.”

The application process is likely to be the same for season 5, calling for outgoing models around the time they plan to film the show. If you think you’ve got what it takes, stay tuned.

Chunkz was declared the winner of season 4, however Harry, Filly and Chunkz were all picked by the girls for a second date. Konan was the only member of the team to leave without a date offer.

Chunkz was praised for his friendly and relaxed persona, and had contestant Alora asking to meet him in the studio for a collaboration. This led the other boys to tease him, saying he only won because he’s “Biggie Duets”.

See also  Why did Lexi Hensler break up with Christian?

However, after watching all of the feedback videos and hearing some unflattering comments about their dating skills, it is unlikely any second dates will be taking place.

NETFLIX: Have you watched Jingle Jangle?