TikTok: What does kin mean in Anime? 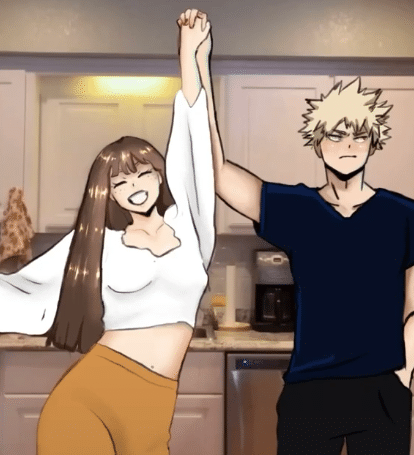 We got the help of Urban Dictionary as well as some other sources to figure out what this TikTok lingo means. So let us explore the meaning of ‘kin’.

Meaning of ‘Kin’ in Urban Dictionary

If you scroll through the Urban Dictionary page, you will find 6-7 meanings of ‘kin’. But the one you should read is this one –

a kin is a character (or characters, you can have more than one kin) you associate/identify with. kins are to help you express yourself, comfort you etc.
Example – “I kin shuichi saihara from drv3.”

What does ‘Kin’ mean on TikTok?

Kinning, in layman’s terms, is when someone roleplays and acts as, if not actually believes that they are, a fictional character. It’s not always the user’s favorite character, just someone they feel they connect with.

So when you put on a costume of your favorite anime character and act like them in a video, you are ‘kinning’ the character. You can add a hashtag of #kin there as well to show how much you are into the character.

Being ‘kin’ to a character is a kind of trend now that so many people are obsessed with Anime shows. Going into the mind of a character makes people feel better because that means they don’t have to deal with their real problems for a while and be someone cool in a different world.

You can say it is a coping mechanism and it is really bringing out the creativity of TikTokers. Check out some of the content these users come up with when they are into their favorite character’s place.

They play out a scenario and enact their fantasies and so much more. We have included some of the videos where people have shown who they ‘kin’ with. Check them out for inspiration if you want to get on the trend.

See also  TikTok: What does Ice In My Veins mean? Trend explained with amazing examples!

If you were to do this, which character would you choose to ‘kin’ with?