WATCH: @autumncathey6 loses her teeth on TikTok after drinking too many mimosas 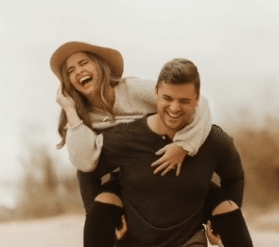 A TikTok user @autumncathey6 posted a video on 6th April 2021 that showed her drunken adventure.

By the end of the video, she had lost a lot of her front teeth and was bleeding from the mouth. Read till the end to find out what happened.

@autumncathey6, as in, Autumn Cathey posted a video on 6th April that went viral on TikTok. She has not disclosed a lot of her personal details but here’s what we have on her so far.

Autumn is around 20 to 25 years old and she is naturally a brunette. She is not a TikTok star because she only has a little about 2k followers but her one of the videos went viral yesterday.

She is married to Aaron Cathey since 3 years. Any other information of her family is not disclosed.

See also  TikTok: How to get the bangs filter - Try not to laugh challenge

You can check her posts on Facebook where she routinely posts pictures. She is as popular on TikTok as she is on Instagram with about 2k followers.

Let’s just say that this gorgeous girl really know how to get good pictures. She has posted about 400 posts and all of them are beautiful.

A TikTok video with too many mimosas

The video started with a very beautiful Autumn saying that she is four mimosas down. The caption suggests that they went somewhere that served bottomless mimosas.

The following video serves as a warning for people who go to places with bottomless drinks. Just… don’t!

She captured her drunkenness level after every few mimosas and she let s few people in the video share how many drinks they are down.

See also  FFF Meaning on TikTok: How To Use This New Slang!

After they were done drinking, Autumn got on her male friend’s back so he can carry her around.

We don’t know what happened but the next cut in the video was her bleeding from the mouth with about 3 to 4 front teeth gone. Someone was reassuring her how it is going to be okay.

So if you ever get absolutely trashed, the lesson here is that you should not get on high surface because you are very likely to fall down on your face or bump something.