TikTok: Meaning of ‘In Bando we trust” explored – who is Bando and why do people trust him 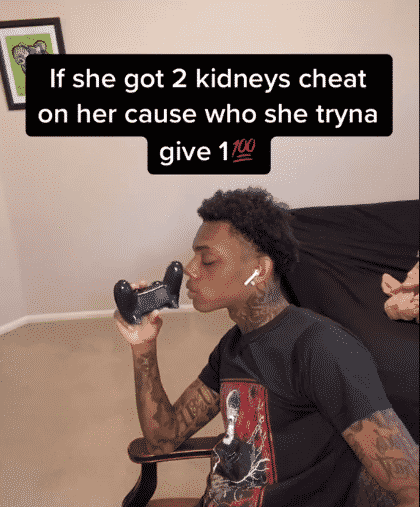 TikTok and Twitter users are talking a lot about Bando and saying “In Bando we trust”. What is the meaning of the saying?

The God in the commonly used phrase “In God we trust” was replaced with Bando. So let’s get to know this “God-like” person and figure out why so many people stand by him.

Bando is a TikToker with the username @thouxanbandmike for whom people are crazy about. He posts videos about how he only dates women to cheat on them and how it is important to get the female to trust you so that it is easier to manipulate them later.

Despite this type of content, he has 2.5 million followers and has received 42 million likes to all his TikTok videos.

See also  What does W or L mean on TikTok?

He is also on YouTube where he has 16k subscribers even though he has only uploaded two videos about misogyny and his purpose of cheating.

In Bando we trust meaning

There are so many hashtags related to Bando’s philosophy on relationship – #trustinbando, #inbandowetrust (that has more than 3.2 million views), and #thouxanbandmike (with 22 million views so far).

But all the videos are about relationships and cheating related. You can check out his videos and then see what others are posting with the hashtag #inbandowetrust.

If you want to understand his stance, go check out his YouTube videos.

Let’s see what #inbandowetrust have in store for us first.

Now it is time for videos on #thouxanbandmike…

So what do you think? Do you trust in Bando or nah? Share your thoughts on TikTok with these hashtags and share your video in the comments below.