TikTok: What is the starburst trend? Join the candy challenge 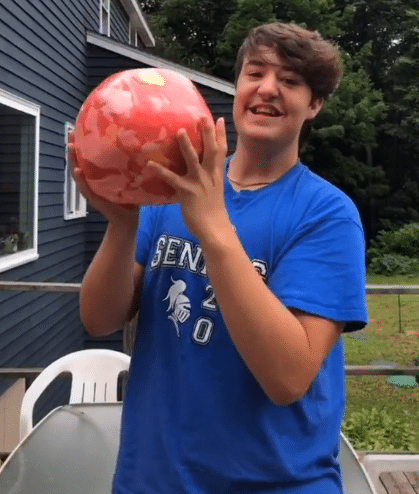 Every kid on TikTok and every adult with a love for candy is hopping on this trend. But what is the starburst trend you ask?

It is a trend that we all dreamed for – it is about eating candies. You will actually get clout to eat candy in front of strangers. But there is a catch.

What is the Starburst Trend on TikTok?

The best part about this challenge is obviously that you get to eat a Starburst candy. There are numerous Starburst trends going on simultaneously.

One of them is to put an wrapped Starburst in your mouth and unwrap it using only your tongue within 20 seconds of the TikTok video. Do you think your tongue has the skills to do that?

Then there is a user named Nick Touma (@nicktguy) who makes giant balls of stuff like Sour Patch candies, Starburst candies, McNuggets, and so on.

So he made a huge ball of Starburst that is getting a lot of attention. People are asking him to eat it, poke straws, etc. You can check out how that went below.

Oof! That is a lot of candy!

Can you imagine the number of candies he must have had to buy to make such a giant ball? Did the company even notice that they have such a dedicated buyer? Yes!

See also  TikTok: 'I Got Him Coughing And Wheezing' song explained - #asthmapumpchallenge

The company didn’t just notice it, they sent a ton of candies so that Nick can continue working on his project.

We must say that this trend has been bizarre from the start but another Starburst trend is to melt the candies and use them as makeup.

It must be nice to have edible makeup on your face. But the only trend you can join in on is the one where you unwrap the candy with your tongue.

So place the candy with the opening side on the bottom and try to open it with your tongue from the bottom. This is something you can figure out with some practice so get a few packets to go on and enjoy the journey.