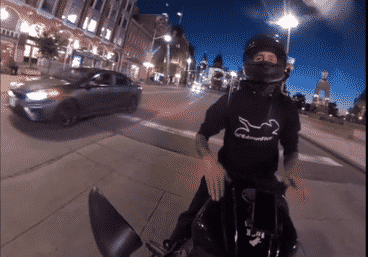 A TikToker that goes by the username @fr#sh10 was reported dead on 17th June 2021. Here is what happened to him.

Fouad Haddad (@fr3sh10) was a very popular Canadian TikToker who passed away yesterday. Below are the details of who he is and what went on yesterday.

Fouad was about 30 years old living in Canada. His account has 277k followers on TikTok where he posted content about his motorcycle rides.

He was very active on social media and had received millions of likes for his content on trips, experiences with people in public, etc. If you check out his page, you won’t see a video without his bike.

Apart from the fact that he is from Ottowa, he has not revealed any personal information about himself.

His cause of death

Canada local news reported that there was a motorcycle crash near Perth on the evening of 16th June. He was rushed to the hospital at around 7:23 pm. The Lanark detachment of the Ontario Provincial Police had reported at the scene. They said that there was only one person on the motorcycle.

The cause of collision is still under investigation. But after being rushed to the hospital, the injuries seemed too severe and he passed away.

There are thousands of followers mourning the loss of this TikToker along with his friends and family. People are using the hashtag #rideinparadise for him.