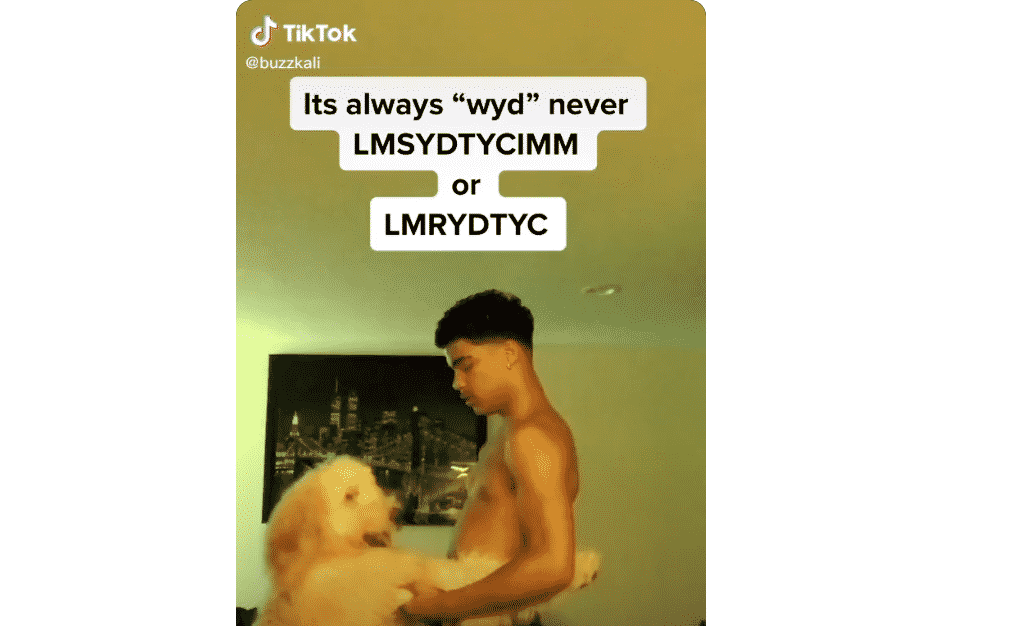 Almost anything can be turned into an acronym on the internet these days, especially on TikTok. But what does lmsydtynimm actually mean?

Find out some of the weirdest online acronyms as well as their meanings! This one is not just weird but also NSFW. Stop readings if you are below 18.

An acronym is a word formed from the initial letters or groups of letters of words in a set phrase or series of words and pronounced as a separate word. Though in some instances, pronouncing the acronym is near impossible!

The meaning of this acronym is not for the innocents so you have been warned.

See also  Who and what are TikTok Thots? Everything you need to know!

Lmsydtynimm means ‘Let Me S**k Your D**k Till You N*t In My Mouth’. As the phrase circulates on TikTok, more and more users are wondering what all the other x-rated acronym means. We are here to help you out with some of them.

3. ‘GYAITGDHBIBYMFA’ which means: Get Your A** In The God**n House Before I Beat Your Mother F**king A**. This is a threat regularly used in some households. Comment if you have heard this a thousand times already.

4. ‘TL:DR’ which means: Too Long, Didn’t Read. After a long post, add a summary in short words after this acronym so people who want to saty up-to-date with your life can read it in a minute without reading the whole story.

5. ‘PEBKAC’ which means: Problems Exist Between Keyboard And Chair.

6. ‘IMNSHO’ which means: In My Not So Humble Opinion.

7. ‘POS’ which means: Parent Over Shoulder. Use this to let your chat buddy know you can’t talk about certain stuff right now without the parents knowing you have given the warning.

Many social media users have created memes about the phrase LMSYDTYNIMM, joking that people always ask what they’re up to instead of cutting to the chase… The meme plays on the same idea as “Netflix and chill”.

If you have any other TikTok slangs you want to know the meaning to, all you have to do is ask us in the comments.