Who is Rachel Ballinger and her girlfriend? Instagram evidence reviewed! 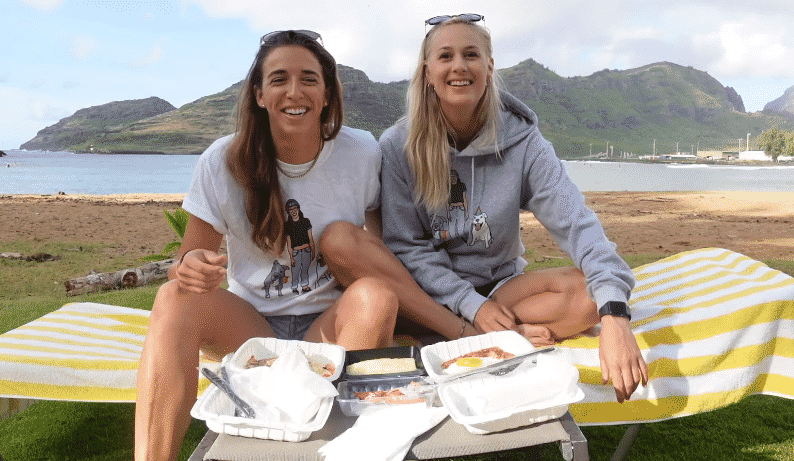 Popular YouTuber named Rachel Ballinger recently came out online and announced that she has a girlfriend. Supporters are now wondering who this creator’s girlfriend could be since her name and appearance is yet to be revealed…

Continue reading to find out all you need to know about Rachel Ballinger, including her sexuality and newly announced girlfriend. We provide excellent social media examples and Instagram evidence that could slightly reveal the mystery girlfriend…

Who is Rachel Ballinger?

Rachel Ballinger is a 29-year-old social media content creator, known for her comedic vlogs and light-hearted videos about her life.

On YouTube, Rachel (@Rachel Ballinger) currently has 2.8 million subscribers. She is a sister to the famous YouTuber, Colleen Ballinger and often features her in online content.

See also  TikTok: Who are Avani Gregg's sisters? Get to know her family!

Rachel was previously in a relationship with a longtime boyfriend named Matt. In December 2020, Rachel’s sister Colleen uploaded a TikTok video, which sparked fans to speculate that the YouTuber and Matt ended their romance.

Rachel has since come out to her online audience and announced that she is actually gay. After previously testing if she is gay in a past YouTube video, Rachel again took part in this challenge after the announcement.

During a Q&A video on YouTube, she answered questions her viewers really want to be addressed.

When asked how it felt coming out to herself, Rachel explained that it was as simple as this:

See also  TikTok: How to do the Keystone Color Personality test!

“I literally was in my bed and I went ‘huh’, oh yeah that makes sense, okay.”

She described the realization of her true sexuality as anti-climactic and non-dramatic. The YouTuber admitted that since coming out online, she feels as though the only content her viewers want is regarding her sexuality.

Rachel referred to herself as ‘Gaychel’ within the same YouTube video. Continue reading to find out about the YouTuber’s girlfriend!

Although the name or appearance of her girlfriend has not yet been confirmed, Rachel sure is open about the fact she has one.

On the 19th of February, Rachel uploaded her usual photo dump. Only this time, the 10th image included a photograph of her and the supposed girlfriend standing in close proximity to one another.

But, who could it be?

Viewers were speculating that Rachel’s girlfriend could be her friend Joy (@jumpfurjjoy), who often features in her social media uploads.

However, others have suggested that Joy is purely just a platonic friend of Rachel’s and her girlfriend allegedly has platinum blonde hair.

In her recent Q&A video on YouTube, Rachel answered a question which asked how she and her girlfriend began dating.

Rachel stated that she will eventually upload a coming out story explaining further information but for now, she jokingly stated:

“How did we start dating? We went on a date.”

Supporters have been going crazy on social media ever since the announcement.

Another user named @rocky_nic also showed their support in a tweet.

In the comment section of Rachel’s TikTok video which included footage of her and her girlfriend cuddling, a user named @stacyconsty commented:

However, it’s not all positive…

Rachel uploaded a TikTok video including past photo evidence that suggested she is gay, to which many viewers were commenting stating that they already knew.

“also, saying “we’ve been knew” or “lmao I already knew” is pretty hurtful towards people who just came out. it feels invalidating”

Go ahead and check out Rachel Ballinger on various social media platforms to find out more about her relationship status!

UPDATE – On 23rd June, Rachel finally did the gf reveal. Check out the video below to know all about who she is and how they met.