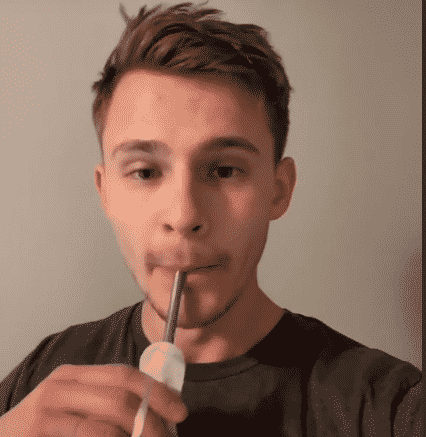 For anyone new on the TikTok platform, the ‘macaroni with the chicken strips’ videos with people moaning is the weirdest trend right now. Let us help you understand what is going on here.

A lot of TikTokers are confused as to why their timeline is filled with people saying the same thing – macaroni with the chicken strips, while just waving their arms around.

It makes no sense without the context, so here is a very much needed explanation.

Why are people saying macaroni with the chicken strips in TikTok videos?

Go on TikTok right now and you will see that #macaroniwiththechickenstrips has more than 98 million views and it is willed with either people lip-syncing to these same words or playing video games.

So TikTokers believe that the combo of macaroni and the chicken strips is so orgasmic that it deserves a moan while saying it as well its own hashtag.

This combo has been put on such a pedestal that now users are explaining what other best combos are that makes them moan as well. Check out the TikTok video below to get an idea.

Although the guy in the video is not the one doing the talking, you can see how excited he is with that combo.

But it is not just all sexual as you can see in this video.

Foodgasm counts as an orgasm too, amirite?

What does it mean in video game videos?

Like all trends, this one also evolved away from what it meant in the beginning. Some videos show the combo that the users like but a lot of them have deviated from that meaning.

It also means anything that gives you pleasure in certain situations like throwing a grenade at the right time in the right direction that results in a kill.

So now you know where to use this and in what context you can make this video. Tell us your favorite combo in the comments below.