TikTok: Who are Avani Gregg’s sisters? Get to know her family! 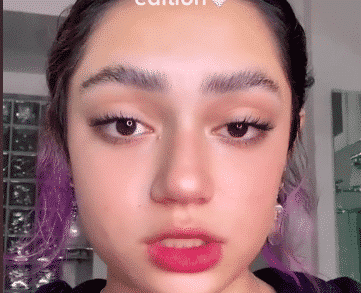 Avani is undoubtedly the most popular Gregg sister, but her other two siblings have raised some eyebrows and becoming influencers themselves. Here’s the low-down.

Avani Gregg is huge on social media, whether it be TikTok, Instagram or YouTube. She has secured all three under her belt with 28M on TikTok, 14.4M on Insta and 1.2M subscribers on YouTube. She’s friends with stars such as James Charles and Charli D’Amelio and is currently dating Sway LA’s Anthony Reeves.

After seeing her huge success on social media, it’s no surprise that Avani’s sisters want to follow in her footsteps and build their career.

Who are Avani Gregg’s sisters?

Avani has 2 sisters: older sister, Shanti, is 20 and the youngest Gregg is Priya, who is 14 years old. They are half Indian and half African American & Mongolian.

Shanti is a model and was previously signed to The Helen Wells Agency and NV Models. Whether she is currently signed to another agency is unknown.

She has established herself as an influencer with over 160K followers on Instagram and has featured ad posts from contact lens brand TTDeye. She has only recently started her YouTube channel but she frequently uploads IG TV’s, ranging from makeup tutorials to her new ‘Positive Series’, where she talks about self love and what she is grateful for.

Her TikTok, consisting of lip syncing videos and dancing challenges, is her biggest platform yet, with over 1 million followers.

Although she is an influencer now, she is currently juggling her law and liberal arts degree, where her dream job is to become a lawyer. Since she is still in college, she is living alone in Indiana, while her parents and sisters are in California.

She is currently dating Collin Bunn, whom she met on social media, since the start of 2020.

If you want to learn more about here, then you can check out her first YouTube upload!

There is less information on Priya since she is less active on social media.

What we do know is that she does have a sizeable following with 72K on Instagram, despite not posting much. She has a more active second account with 16K followers, dedicated to her love for anime and gaming, under the handle @priii.ya.

On her YouTube, the youngest Gregg sister streams her gaming sessions but we should not expect Priya to take over TikTok or become the next biggest teen star. On her Instagram stories, she had stated that she does not really want to be an influencer like her sisters because she’s “not big with social media” and that she would run away if paparazzi followed her like they do to Avani.