How old is YouTuber Jake Webber – and what’s with the new stage name? 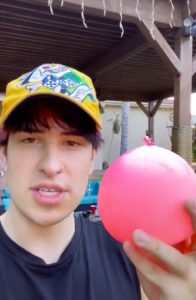 Influencer Jake Webber is an up-and-coming musician that has sparked the world’s attention. Let’s meet the social media personality.

What would this world be without influencers? Certainly less fun. Day by day, more people choose to go down the influencing path, and we can’t blame them.

Jake Webber is an influencer that will be joining the music industry shortly, but has been in the spotlight since 2013. How old is he in 2020?

Who is Jake Webber?

Jake Webber is an American social media star from Kansas, best known for his funny content.

Jake started making videos on Vine in 2013 and earned almost a million fans on the platform before the app was sadly shut down. The influencer has come a long way since then.

See also  TikTok: Why Ronald Williams is taking a break

Jake now makes comedy and prank videos on YouTube, where he has now over a million subscribers.

Jake is also taken, as he’s in a relationship with fellow influencer know online as Tara Yummy. The couple has been dating for over a year and occasionally does YouTube videos together.

Jake Webber took over Twitter to announce that he will be releasing music and a clothing line.

Fans are ecstatic and cannot wait for Jake to join the music industry as they speculate that his genre will be hip-hop.

The 22-year-old influencer shared on Twitter that he is in search of a stage name as he can’t just go by Jake Webber.

Fans suggested in the comments of the tweet that he should use the stage name “No Name”, which the star has tattooed and is also his clothing line name that dropped today, November 13th.