What Does This Strange Red Flag Trend on TikTok Mean? 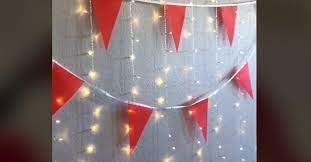 Do you see red flags here? Or everywhere? You indeed are not alone.

What does this red flag trend on Tik-Tok mean?

When people use red flags, they explicate that they are going through some big problem or an issue. A red flag is actually a warning sign in a friendship, personality, and relationship. People tend to attach the emoji to their hypothetical statements from friends, partners, employers, or loved ones, which could signal a “red flag,” echoing the idiomatic expression of the same name that people use to show warning signs in everything from homes to relationships. So, genuinely speaking, red flags manifest behaviors that the poster reflects disagreement .

Traditionally, the red flag represents danger, but social media have rejiggered the emoji’s meaning. This altered it into the kind of red flag associated with bad behavior.

In a relationship, a red flag certainly means a warning sign that you should be dating the other person or you want to get out of the toxic relationship. Furthermore, this trend gained more popularity when followed by the famous celebrity Selena Gomez. She accelerated this trend by posting a “Red Flags” Tik Tok video. This made her fans freak out.

A TikTok shared by user Lauren Zarras has recently gone viral. People started debating about her relationship with her boyfriend. Consequently, the video successfully garnered over 21.9 million views so far, with many referring to Lauren’s boyfriend as a “couch guy.”

See also  TikTok: What you need to know about the reverse AI filter

With the advancement of technology and trends of social media, people are usually subjected to scrutiny. However, Lauren didn’t imagine that the most memorable moment of her life would turn into a debated subject for all the wrong reasons.

Lauren decided to surprise Robbie, her boyfriend. When she entered the room. She was shocked to see Robbie sitting on the couch with three other women. Later on, the video was uploaded on TikTok, and people started saying their relationship had “red flags.”

Interestingly, Tik Tok users are going crazy and spreading their “red flag” opinions using emojis. Now, the emoji is making its way on Facebook and Twitter as well.

So, if you see a red flag, it surely means an impending danger or a deal-breaker in your friendship or relationship.