What does Pineapple mean on TikTok? 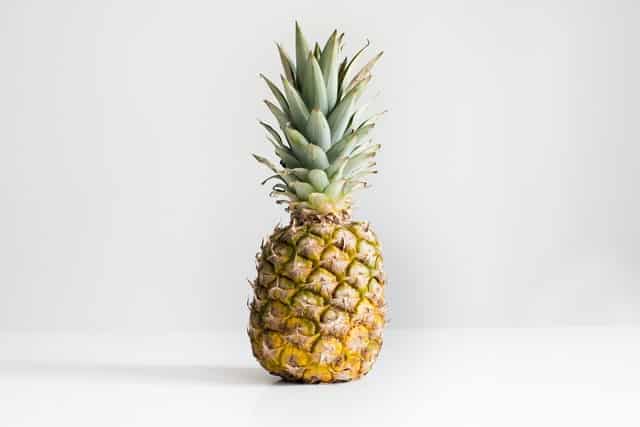 Fruits and emojis are not actually a language on social media platforms like TikTok. So this article explains what does Pineapple mean on TikTok.

Let us explore what the Urban Dictionary has to say about this code.

What does Pineapple mean on TikTok?

Urban Dictionary has a few definitions of this word –

A code word to replace the phrase “That’s what she said” in order to avoid alerting unwanted participants.
Example – New Female coworker at demonstration: “This is my first time, so take it slow.”
Male coworker to other coworkers: “Pineapple!”

A dressing-down or verbal punishment, particularly from management to workers, and used particularly in the Australian mining and construction industries. Meant to evoke the mental picture of having a spikey pineapple shoved up one’s arse.
Example – The foreman wasn’t happy; he gave us all a pineapple.

An Australian $50 note, noteable because of the yellow color of the note.
Example – Do you have any change, I’ve only got a pineapple.

If you are on Snapchat, people use the pineapple emoji to depict their relationship status as “complicated”. Maybe they mean that it is spiky and yet sweet at the same time.

On Reddit, there is a specific subreddit that has a different meaning of the word –

The pineapple is a symbol of the marijuana/stoner culture and community. It has two origins. On the social community reddit, the r/trees sub-reddit uptokes appear to look like tiny pineapples. Those who associate with the subculture may sometimes put stickers on their laptops or cars with the symbol. Pineapples were also seen as a symbol of hospitality in colonial America and were given as gifts, so it represents the “we” in “weed”.
Example – Stoner: “Yo dude, look at that pineapple sticker on that car. Isn’t that the r/trees symbol?”
Other Stoner: “Yeah! The people on there are so chill!”

So the meaning of the word is based a lot on the context that it is being used. But most of the time when you see the word pineapple, it is someone arguing hoe the fruit on pizza is yuck.