TikTok: Who is Ruby Perman? Get to know the food and fashion stylist! 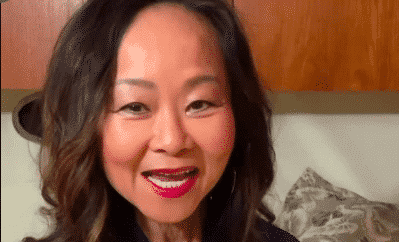 TikTok, especially in these pandemic times, has truly unlocked all of its users creative side. The simple act of doing the latest transition is already creative AND fun; which is the selling point of TikTok

Someone who has not only understood but thrived under this creative and fun vibe is graphic designer Ruby Perman; who makes tiny celebrity outfits out of… food!

Who is Ruby Perman?

This high couture right out of Ruby’s kitchen has gained her 710K followers on TikTok with over 12 million likes across her videos! Her Instagram does not fall behind either, with 26K followers of her tiny food/fashion combo art.

Ruby explained to Insider how she “loves watching celebrities on the red carpet and what they’re wearing” which is her she got her inspiration to recreate their over-the-top attires with food straight form her kitchen.

See also  TikTok: The Day That I Met You - Song, title, lyrics and dance revealed!

It can take her up to two hours to create AND film her latest tiny (and edible) piece of art but the results are just out of this world. Take a look:

She even draws inspiration from celebrity’s favourite meal, such as in the case of David Dobrik and his love for Chipotle:

Some of her fans were concerned about food waste when seeing her profile, but Ruby herself has explained how she actually eats all of her creations once she has finished filming them! YAY!