TikTok: Who is Andrew Braddock and what happened to him? 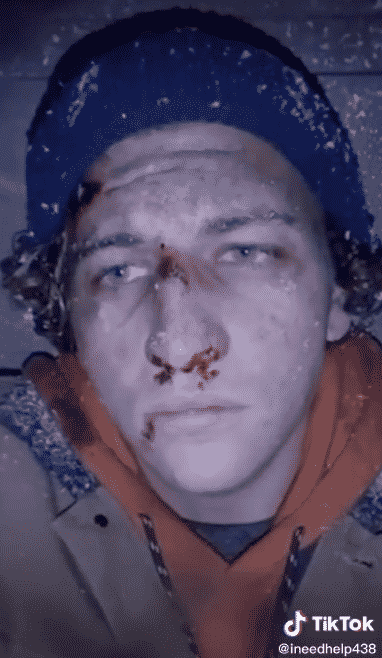 A brand new conspiracy theory has risen on TikTok: Who is Andrew Braddock, is he actually in danger and why isn’t he calling 911?

The plot revolves around a self-obsessed college student, Andy Braddock (Sheridan), who gets stuck in the freezing cold Colorado mountains driving to a New Year’s Eve party.

Wireless aired on Quibi, a streaming platform, and it’s safe to say that it wasn’t a success; the series didn’t become popular until a TikTok video went viral.

The TikTok video was posted on October 7th, but it didn’t make the For You Page until November 4th.

The video was posted by someone with the username “@ineedhelp438”, who has only this post.

The video has now over 6 million views and the comment section has gone wild.

Speculations that the guy on the TikTok video is actually in trouble started and people were worried.

One commented: “HOW ARE ALL JUST SEEING THIS NOW. Someone find his mom, I need an update”, another one wrote: “This is so sad. Does anyone have any updates?”

All this until some quickly shed light to the mystery by noticing who the guy is: “Guys it’s an ad from Quibi ?”, “y’all this some smart advertising for that movie.”

After that, the sarcastic comments were countless: “Dang bro that’s tough *scrolls*”, “me sleeping at my friends’ house when they forget to give me a blanket”, “well rip you should’ve told us the location ?.”

See also  What does 'peg' mean on TikTok? Learn the slang word here!

Andy Braddock isn’t missing nor is he in danger, purely because he’s a fictional character.

The TikTok video seems to be a marketing strategy of Quibi to attract viewers since the series so far isn’t going very well and Quibi is likely to shut down only 6 months after its launch.

Well, I think I’m going to watch Wireless tonight ??‍♀️, what about you?