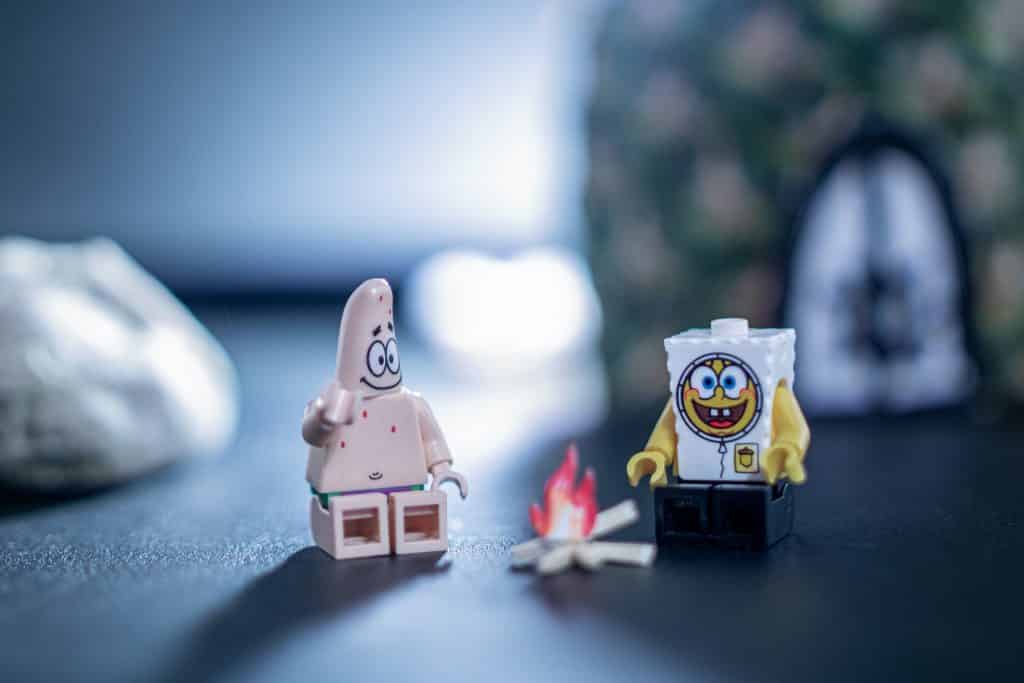 The audio track on TikTok that is very popular in November of 2021 is ‘Spongebob Spongebob, Patrick Patrick, Sandy Sandy…”

This isn’t even a song, it is an audio clip of someone naming all the Spongebob characters and somehow it has become very popular. It is not even one particular audio clip, everyone is posting a different audio track that says the same thing. It goes in the tune of the “All the small things” song.

Unless you are living under a rock for the last few decades, you would know all about the most awesome animated show of all time – Spongebob Squarepants.

You can slow down the song if you have fewer toys and turn the video into black and white coloring to give creepy or sad vibes.

This trend has gained popularity now for Spongebob Squarepants show but soon people will start making such videos for all the other children shows that they have toys of.

So bring out your toy collection and get ready to be acquainted with all the fans of your favorite childhood shows. Because once you show which toys you have, you are going to gain a lot of followers who will DM you about mutual favorite shows.

Be careful about watching these videos in succession, the tune seems to get into your head and plays on repeat. No cure has been found so far.

Lyrics of the song