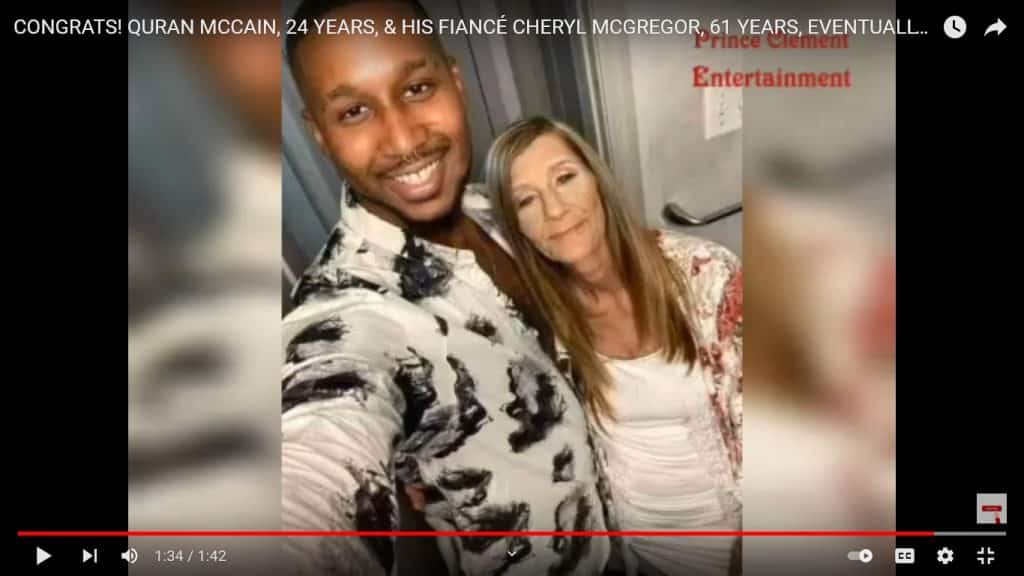 In the last few weeks, the news of the arrest of an alleged Tiktok scammer has been trending. The name of the alleged fraudster is Quran McCain, and his name on Tiktok is @kingqurannewpage.

Quran McCain, the alleged Tiktok scammer, is a famous Tiktok star. He has almost one million followers on Tiktok, and his videos have over 10 million likes. People love this 24 year old guy because they like to follow his life with his wife Cheryl Mcgregor, a cougar.

Who is Quran McCain, the alleged Tiktok Scammer?

Quran McCain is a famous Tiktok star from Rome, Georgia. The 24-year-old guy became famous when he sent a post on Tiktok introducing his 61-year-old lover Cheryl Mcgregor. His post went viral, and now people love to follow the couple’s life and watch their raunchy videos.

According to the grapevine, Cheryl has 7 children and 17 grandchildren. When the two got married on 3rd September 2021, Tiktokers went crazy, and the two have received both love and hate ever since. When the couple walks together, most people mistake Cherly for being Quran’s grandma.

Why the alleged Tiktok Scammer Quran McCain was Arrested

According to Rome News Tribune, the police arrested the alleged Tiktok Scammer Quran McCain on 15th November 2021 over fraud. They claim that he intentionally caused car accidents in the last four years. It is alleged that he caused the accidents to be paid insurance benefits by the other drivers’ insurance.

See also  TikTok: Allow Stitch meaning revealed - and how to get the video feature!

According to rumors, Quran caused the first accident on 29th September 2017 at the Shorter Avenue and North Elm Street intersection. After the accident, he accused the other driver of an improper lane change. He then faked injuries and damages to his car and compensation from insurance.

He caused other intentional accidents and made false insurance claims. However, the law finally caught up with him, and the police arrested him and charged him with fraud.

Was the Rumor About the Arrest of the Tiktok Scammer True?

Well, it’s not clear whether the rumor about the arrest of the Tiktok Scammer Quran McCain was true. However, Tiktokers noted that he was missing in action on Tiktok for a week. Does he have something to hide?

After being absent from Tiktok for a week, Quran McCain returned to the platform. He continued posting videos as if nothing had happened. He did not comment about the alleged rumors and this further confused his fans.

The news about the alleged arrest of Tiktok scammer Quran McCain has shocked his fans. So, the big question is whether the guy is really a scammer. I guess only time will tell.