TikTok: How to join the ‘can I get a number one with lemonade’ singing trend 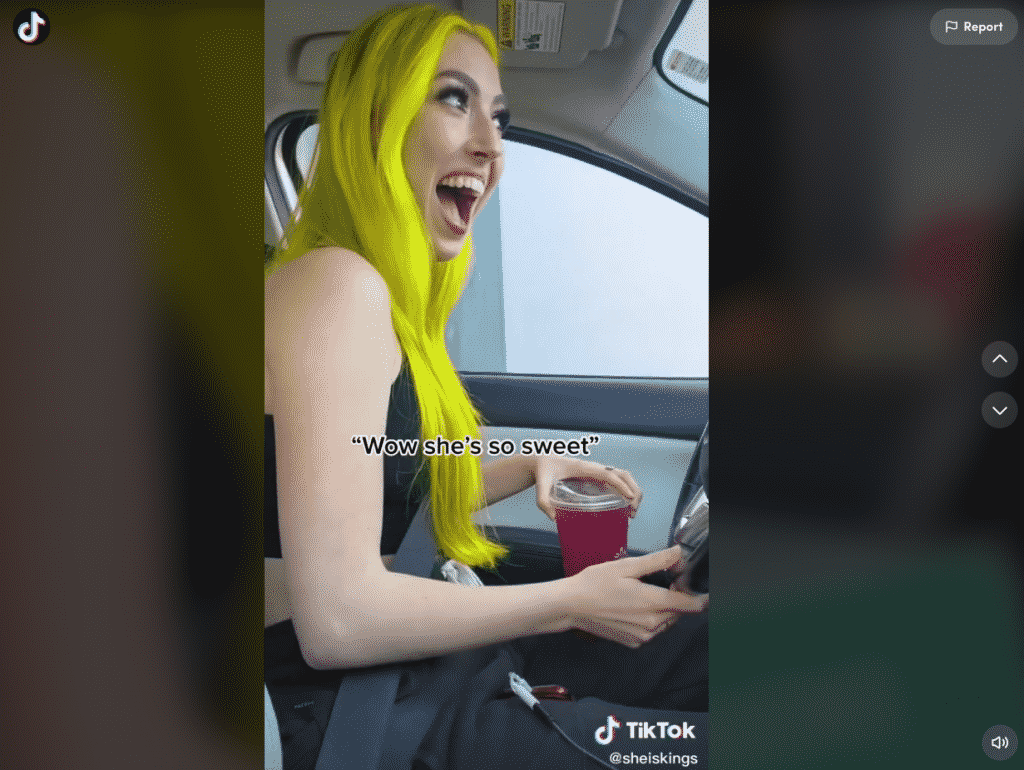 Viewers are going crazy for the ‘can I get a number one with lemonade’ TikTok trend! If you’re sat there wondering what on earth this is, don’t worry, we’ve got you covered!

This trend involves people going into drive-through’s and ordering whatever they like. Sounds pretty normal so far, right? But there’s a twist… you have to SING your order to the Barista! Well, it’s one way to brighten up the barista’s day…

Who started the trend?

TikTok star, model, Starbucks lover, and overall social media celebrity, Kings (@sheiskings on TikTok and @sheiskingsofficial on insta) who currently has over 4.9 million followers and has recently dyed her hair bright yellow, usually posts hundreds of singing and dancing TikToks. However, this time she’s posting vids where she goes to Starbucks in her car and when she gets to the window of the drive-through to order herself some snacks and a drink, she sings her order to them. Others have tried the challenge too, going into McDonald’s or other drive-through’s and doing the same. The reactions they get are priceless! Kings even got free Starbucks for the whole year from her manager! She’s also recently released a new single called ‘Thank Me Later’.

So, who thinks we should normalise singing everything instead of boring talking?

So what are the lyrics?

Really, there are no right or wrong lyrics, you just sing your own order!

In the first video that made this star go viral, she sings, “Can I get a guava white tea lemonade with light ice and a tall iced coffee with just one pump of pumpkin spice? Can I also get an extra cup of nothing but ice? Hope you have an awesome day and thanks for being so nice.”

On twitter, it seems to have been made into a meme…

Thanks (or not thanks) to this tend, we may never order food and drink the same way again ?

Remember to video yourself singing your order and include #canigetanumberonewithlemonade in your caption!