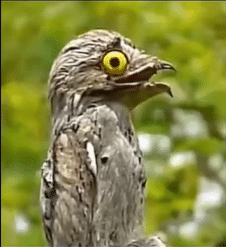 A TikTok account named @officialtiktokscience has been creating new animal hybrids daily and uploading the results. Keep reading as we investigate the truth behind the account!

You may have wondered what your two favorite animals would look like if they bred… Official TikTok Science allows you to find this out!

Who is Official TikTok Science?

@officialtiktokscience have 1.3 million followers and have been active on TikTok since February 2020.

They began posting animal hybrids on March 15th 2021. These videos gain a lot of attention and millions of views, the most being 11.2 million!

Their profile contains a variety of animal hybrids such as a pigmunk (pig and chipmunk), jellypig (jellyfish and pig) and a frowl (frog and owl).

Due to the insane nature, users are questioning if the account is real. The videos seem very realistic and legit, they show the finished result and the same guy is talking in each video.. but how can this be real?

They have said they’re real when asked, but can you take their word for it?

Here’s why we think it’s fake:

Our theory is that we think the account finds clips of animals that look like two animals and pretends to create the animal himself.

The account is so crazy it has got people questioning if they’re on TikTok or the dark web!

Whether the account is real or not is still a huge debate on TikTok.

What do you think? Let us know!