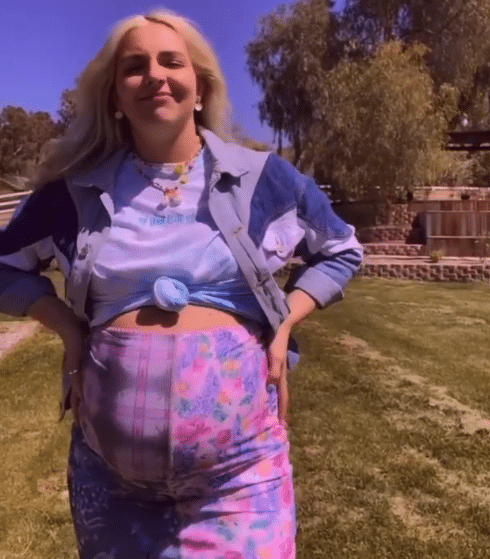 Rydel Funk, the founding member of the pop rock band R5, is pregnant and she is sharing all her baby updates on Instagram stories and posts.

Rydel has been sharing all her pregnancy routines on her social media which are very informative. Lets check out her latest posts and see what’s happening with the baby.

Who is Rydel Funk?

Rydel is an American actress, musician, and a singer. She was born on 9th August 1993 in Littleton, Colorado which makes her 27 years old right now (April 2021).

This beautiful blonde is a part of the Lynch family that consisted of her three brothers – Riker Lynch, Rocky Lynch, and Ross Lynch. These four siblings and their friend Ellington Ratliff together started a pop rock band called R5.

R must be because four of the members name starts with that initial and the total number of people in the band is 5.

Their and career started in 2013 and they released a lot of singles and a documentary but they all decided to go different ways by 2018.

Before her music career, Rydel also tried her luck in acting and got a few roles in television series like Bunheads.

She is using her charisma on her social media accounts and sharing cute content with her husband – Capron Funk (@capron).

All about her pregnancy

Rydel and Capron got married on 12th September 2020 and found out that they were pregnant just a few months later on 10th October 2020. You can check out the vlog when they find out about the pregnancy.

After this epic news, they spilled tea on everything including their conception date, due date (which was supposed to be 8th April 2021) and their soon-to-be-parents life.

It is 12th April today and we just saw the latest update on the baby on Instagram. Rydel is in the hospital and she is having food.

Then she shares her thoughts on how excited she is to be going into labor soon in a reel.

Now we are all waiting for the baby photos to come out and find out the name. If you want the latest update, stay tuned with us.