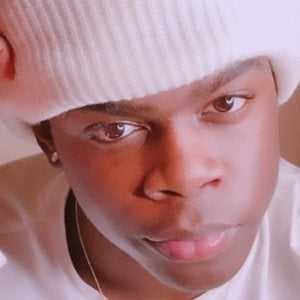 Yesterday, BabyFace.S also known as Swavy sadly passed away. The BabyFace.S Tiktok death news circulated after a close influencer friend posted a video on YouTube explaining that he had died of a gunshot.

The BabyFace.S Tiktok death has greatly saddend the world. The American TikTok and Youtube star Babyface.s before his death posted humourous videos daily and is missed by his followers, but especially his close friends and family. He had over 2.3 million followers on YouTube and around 98.7 million likes on TikTok.

Swavy (@babyface.s on TikTok) was born on 26th December 2002, his real name was Matima Miller and he was just 18 years old when he died. He was also known as ‘BabyFace.S’. he became viral after posting a video on TikTok last year which was of him dancing to a sound by YvnggPrince.

See also  TikTok: Who is Allison Day? All about the viral videos!

Swavy received a fatal gunshot yesterday morning at 10:42 (on July 5th, 2021). He loved posting videos and dancing vids on YouTube and TikTok, some of which were very funny and enjoyed by his followers. Condolences go out to his close friends and family. The shooting was in the southbridge neighborhood near 700 block Elbert Place, Wilmington Delaware, USA and the event is still under investigation. Captured, upsetting CCTV footage shows his last moments before he died. Although officials did not say whereabouts he was shot on his body, he had to be taken to hospital where he later died. Friends say that Swavy was an innocent young man who did nothing wrong and did not deserve to be shot.

Will he be missed?

Swavy will definitely be missed by fans, friends and family. His close friend, Damarauy Mikula stated that he had messaged him on Instagram not even hours before the shooting and that he was going to be missed very much by him. There have been thousands of tweets saying how shocked people are and that they will miss him.

A Twitter post from a fan stated: “RIP Swavy, I ain’t even know u buh I know u changed peoples lives by making them smile and I’m sorry this happened to uu ghee, I can’t even believe this is happening”

We hope that Matima and his family get the justice from the Babyface.S Tiktok death they deserve.