MAGAGA-netizens mocking Trump’s campaign slogan, but what does it stand for? 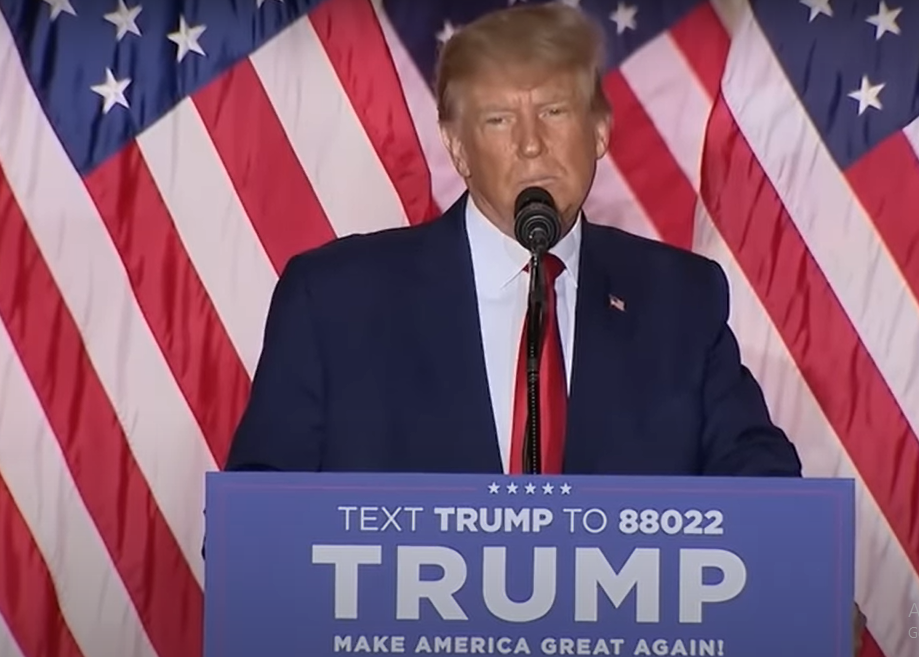 Donald Trump announced his candidacy for the 2026 elections. He upgraded his old slogan to “MAGAGA”, but what does the new slogan stand for?

Trump recently made his candidacy announcement at Mar-a-Lago estate in Palm Beach, Florida. He said, “In order to make America great and glorious again I’m announcing my candidacy for president of the United States.”

Responses to MAGAGA and what it stands for

People have come forward to criticize both the slogan and Trump’s suitability as a presidential candidate. While many have directly criticized his candidacy, others have resorted to childish mockery as a way to show disapproval for his political party.

Amongst the hilarious responses of people on Twitter, the best one was comparing the slogan to the sound a cat makes when it coughs up a hairball.

On the other hand, many are concerned about whether Trump’s wife will take on this new name. If so, what will we call Lady Gaga then? This is definitely a serious concern.

Others have pointed out Trump’s ability to make the nation gag.

See also  What Does Comphet Mean in TikTok; What You Should Know

Some even like the slogan, because it is kind of impossible to not sound drunk while saying MAGAGA.

Individuals have also pointed out Trump’s lack of energy and zest while announcing the campaign- something that does not suit him well. Others accused the candidate and his party of routinely ruining the democracy in the country.

While others have criticized the slogan for being unnecessarily simple. Viewers have said that the slogan lacks creativity and could have been much better in its meaning and sound.