TikTok: Who is @iamalmaramirez? A cheating storytime that went viral! 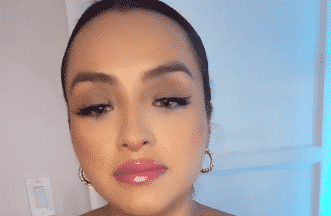 TikTok has long moved on from just being dance videos and hot guys lip-syncing songs (there’s still loads of that if that is what you’re after). So what is the best thing? The fact that ANYONE can potentially go viral at any given moment, with any video they upload!

That is exactly what happened to Alma Ramirez, @iamalmaremirez, on the app. The 30-year-old mom from LA went viral after starting to storytime the tale of how her husband of ten years cheated on on their wedding anniversary…. which was also her birthday. She now has 772K followers and over 8 million likes.

A summary of the events told by Alma

Alma uploaded a series of videos, ten parts to be precise, where she goes into detail about how she came to realise that her husband was cheating on her.

One of the first segments can be watched below.

Here is what went down:

Alma was in Mexico and her now ex-husband was back in the US. She wakes up with a sick feeling in her stomach, which she later identifies as her intuition, so she tracks her husband’s phone and it says he is at home so she assumes he is sleeping. By 2 pm on that day, she is worried because she still has not heard from him and he is, and we quote “an early bird”, so she gets her sister to drive over to her house with the spare keys to check if everything is okay. When the sister gets to Alma’s house, the husband is nowhere to be found but his phone is charging on the bedside table; meaning he has left it at home (on purpose?).

As they’re Face-timing, the husband actually returns home and when he sees Alma’s sister on the phone to his wife, his face drops and Alma could tell that he had done something wrong. After a lot of calls where he proceeds to call himself a little shit and hang up whilst Alma is not only in pain but confused, they reunite when he goes pick her up form the airport.

Alma chooses to give him the benefit of the doubt because it’s the man she loves and father of his kids but her gut feeling never goes away. A lot of stuff happens, Alma continues to track his phone without him knowing and finds he is repeatedly lying to her; until one day she has enough and tracks down the mistress through her personalised Jeep car.

What Alma wants us to take from her story?

The most genuine and beautiful thing about all of this is that not once has Alma wanted to drag her ex-husband through the mud. The only thing that she wanted to transmit to her viewers is that you have to love yourself, choose yourself and, most importantly, that you cannot make your home in somebody else, you have to be your own home and protector.