TikTok: ‘If dog breed were humans’ trend explored with examples! 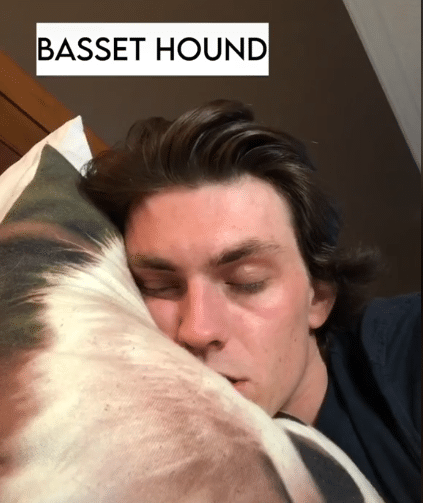 It has been six days and this trend has totally taken over the internet. Millions of people are watching these videos and trying them out. This is the trend that shows how deeply you understand your doggos. If you have a dog, this is the trend you must latch on to.

‘If dog breeds were humans’ meaning

Every dog trend on TikTok gains popularity sooner or later. What would happen if humans acted like dogs is not a new trend. A hashtag #ifhumansactedlikedogs has about 30 million views which should tell us that humans have been thinking about this scenario for a long time.

See also  Petition to ban OnlyJayus from TikTok: Why people are signing it and social media reaction

But a guy named Jonny Devaney made this trend gain overnight popularity that its what everyone is thinking about on TikTok.

The premise of this ‘If dog breed were humans’ is that what if all the different breeds of humans were just humans? How would those breeds act then? Of course, all the videos are an over-exaggeration then accurate description but they are all #hilariousaf.

So lets check out the videos of Jonny and see why he got so popular with this trend.

@jauncydev’s ‘If dog were people’ videos

This first video was posted on 23rd April 2021 and in just 6 days it has received about 20 million views and 4.5 million likes. If you have a Pit Bull or know anything about them, you would have smashed the like button instantly.

Since he was receiving more reactions than usual, Jonny went on to post four more parts of this trend. Check out these videos below.

We all know someone who is German Shepherd, amirite?

How did he drool like an English Mastiff, we will never know!

Since Jonny made this trend popular, other people are following in his footsteps and getting creative with this trend.

Which one of these videos were your favorite?