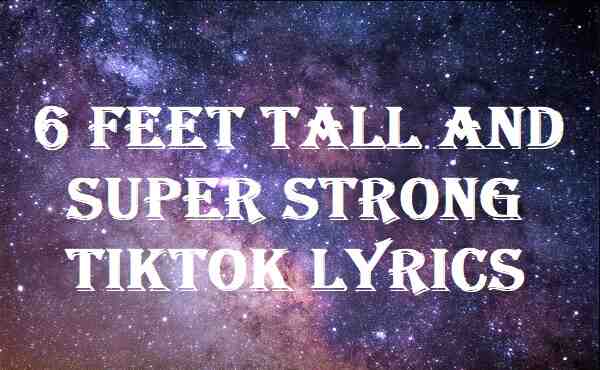 What is the “6 Feet Tall and Super Strong” viral challenge?

“6 Feet Tall and Super Strong” is lyric from the song GUY.exe by SUPERFRUIT. It was released in 2017 and it later went viral on Tiktok.

“Describe me in pictures” TikTok – where has it come from and how to get involved!

SUPERFRUIT (or SUP3RFRUIT) is Scott Hoying and Mitchi Grassi. The duo is also in the acapella group Pentatonix. Since 2013 the artists have been very active. On their Youtube channel, they also have a comedy show of the same name.

Viewed nearly 6 million times, this is one of the most viral hashtags right now. In the challenge, people usually flex their “super strong” muscles for the camera as the lyrics suggest.

See also  TikTok: What is the skull breaker challenge and why you shouldn't do it

User @joshbigosh posted a video holding a baseball bat and mouthing the lyrics. As soon as the line goes into the “super strong” part, he flexes and shows-off his muscles… See what happens next in the video below!

Mirandamistify posts a meme instead and adds the caption “POV: you’re a tall girl who wears platforms”. She tells us “I’m just about 6ft in these boots.” Many people must have liked this one as it has over 48,000 likes to date! Watch it here:

Even people who are not quite “Six Feet Tall and Super Strong” can jam with the song.

Here is user @shotupwitht, flashing his hard-earned muscles. View the post by clicking on the link:

Nativesaiyan’s post screams “confidence”! He is well known already for his large build! Check out his video here:

Even superheroes are getting in on the viral actoin! User @jadelipanty posted a video where she jams to the song “GUY.exe” in a White Spiderman costume. Look at her go!

As this tune by SUPERFRUIT goes even more viral, more and more Tiktok users keep posting their own versions. Make a video of your own right now!