Bru Tiktok; Josh Brubaker and Anna Sitar Are the Latest Couple in Town 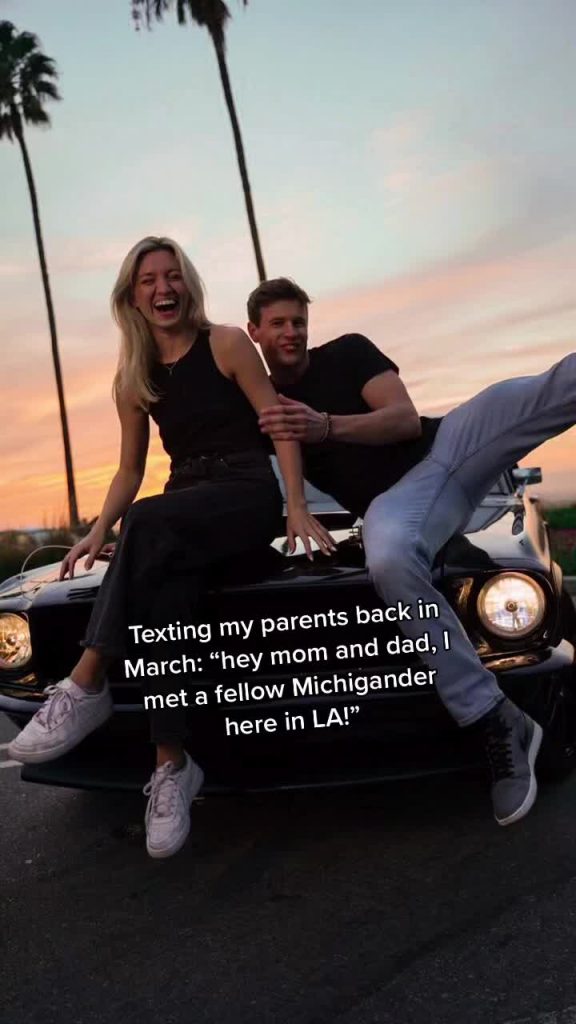 The recent news about TikTok Stars Bru ‘Josh Brubaker’ and Anna Sitar dating drove Tiktokers to frenzy. Bru and Anna’s fans had detected some chemistry between them. On 7th December 2021, they finally confirmed they were dating.

Bru is a Tiktok star, and his Tiktok name is @bruontheradio. He also refers to himself as CEO of Radio Tik Tok and has almost 4 million followers on Tiktok. He is also a radio host working at Detroit’s New Country 93.1 radio station, where he plays music and cracks dad jokes.

Why Bru is So Popular

Interestingly, Bru, born in Michigan on 11th May 1996, started posting Tiktok videos to kill boredom during quarantine. He would post videos showing what happened behind the scenes at the radio station.

In March 2021, he accidentally posted a video of him playing the wrong song on air. The clip went viral and got over 30 million views, and his journey to fame started.

Thousands of young people reach out to Bru daily on Tiktok, asking him for advice and he engages with them daily. No wonder he has a loyal fan-base that goes by the name #BruCrew.

Why Bru calls himself CEO of Radio TikTok

Bru likes to involve his Tiktok fans in his live radio shows. He has a session he calls ‘random-word-game,’ where he asks his Tiktok fans to suggest random words to use when he is live on air. It is such a fun game, and he is the first Tiktoker to start such a game.

See also  TikTok: 50 cute usernames that are not yet taken!

Who is Anna Sitar?

Anna Sitar @annaxsitar is also a Tiktok star, and she was named one of Tiktok’s breakthrough stars recently. She shares “Another Day, Another Starbies” reviewson Tiktok, and has over 11 million Tiktok followers.

How Bru and Anna Sitar Met

Incidentally, the two met online through Tiktok. They started as mutual friends and then started texting each other. Three months later, their relationship has gone to another level, and they are now dating.

How Bru and Anna Broke the News about Dating

Bru shared several cute photos of himself and Anna on Tiktok and jokingly told his fans to ‘act shocked.’ Anna also posted clips of her kissing, dancing, and cuddling Bru with a caption saying ‘you already know.’

Tiktokers Reactions to the #NewCoupleAlert

Bru and Anna’s TikTok fans were ecstatic when they finally heard the news that the two were dating. Below are some of their reactions:

The wonderful news about Bru and Anna dating did not come as a surprise to many. There were clues all along. Well, it looks like you can find love anywhere, including on Tiktok.