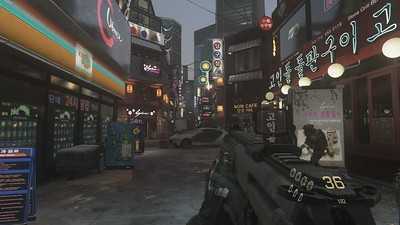 Warzone has added a ‘Mo Gulag Mo Problems’ zone and a playlist on 1st April. Is this an April Fool’s prank?

Mo Gulag Mo Problems is stirring up a lot of chatter and confusion in the Call Of Duty franchise. Let us find out more about what this zone is all about.

Call of Duty: Warzone is a free video game from the Battle Royale franchise. It was released on 10th March 2020 for PlayStation 4 and 5, Xbox 1, Xbox Series X/S, and Microsoft Windows.

This version of the game is considered to be a part of 2019’s Call of Duty: Modern Warfare and Call of Duty: Black Ops: Cold War.

See also  Why did Addison Rae turn her comments off on TikTok?

Warzone allows players to play with their friends online. It is a multiplayer combat video game with 150 players at a time. There are some modes with time limits as well.

The basic gameplay is that each player can parachute anywhere from the plane to the map in the beginning. The map starts to shrinks and the objective is to kill every player you encounter that is not in your team.

The team or player that survives till the end ranks first in the game and that’s when the game ends.

The main mode was subtly changed by the game developers to Mo Gulag Mo Problems as a small April Fool’s day prank.

As the name suggests, you can get access to multiple Gulag attempts in a single game as long as you win every single time you get sent to prison.

There is no limit as to how many times you can respawn from the Gulag but the prison will close once the endgame starts. But if you get killed, you will have to get your friends to revive you.

So try the new feature and let us know what you thought of this new feature. Did it bring you mo problems?

Honest Reviews about the update

The fact that developers are playing pranks with us is fun but not everybody is loving the new feature. Here’s what the players are tweeting.