Who is Grays World? Guy from TikTok claims he killed a woman to charge his phone 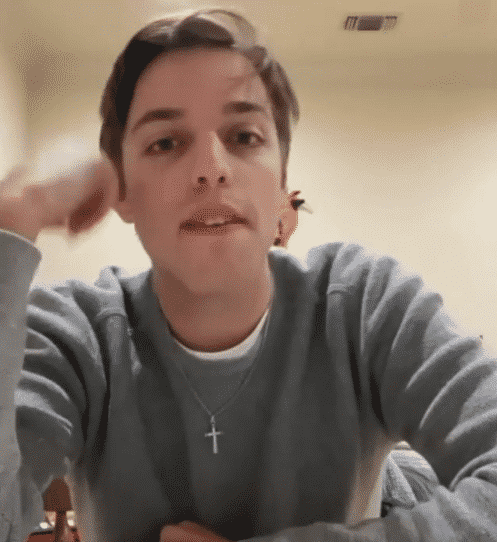 If you have been on TikTok for the last few days, you must have seen the viral video of Grays world claiming that he killed a woman in the nursing home.

Here’s the story of who is this TikToker and how did this happen.

Who is Grays world?

Grays world, or Gray Fagan, is a very popular TikToker (@graysworld) with 2.1 million followers. You can call him a social media star for making funny and comical videos with his family.

His popularity on Instagram (@graysworld2) is at its early stages as he only has 9k followers right now. He just has 35 videos on his account right now but we hope that it keeps growing and we can see his posts on this platform as well.

See also  Who Is The Second Most Followed Person on TikTok?

His profession is not just being a TikTok star but he is using his following to earn through Cameo.com. You can request him to do anything you like for a price.

Everything Gray has claimed

Gray is known for videos that constantly shock his followers. He posted a video of allegedly slapping his grandma because she wasn’t wearing green on Saint Patrick’s Day.

This time also he has taken it too far. He posted a video about calling his ex-boss to talk about re-hiring him.

Gray claims that he pulled out the plug behind a hospital bed to charge his phone which resulted in a woman’s death. However, at this stage, there is no news or evidence to support these claims.

See also  TikTok: Does Addison Rae have a tattoo in her latest video?

This video was posted three days ago on 8th April 2021 and it has already received 27.5 million views, 4.4 million likes, and 53.8k comments. After watching the video, we are sure even you had something to say about this.

Unfortunately, the joke didn’t end at “Well she was a woman so it wouldn’t be manslaughter”.

He posted a video about all the people that replied and then said that the person who died doesn’t matter but since Gray is alive and jobless, everyone should focus on getting him a job.

Then came another video of being sued by the family. He is apparently talking to a lawyer on the phone and this is how it goes –

If you thought that post was insensitive, you will be furious with his latest one.

Comment your thoughts on this kind of pranks. Should people desensitize an audience of millions to death of the elderly and killing of pets?