TikTok’s viral Incline Bench Video explained – who is the guy? 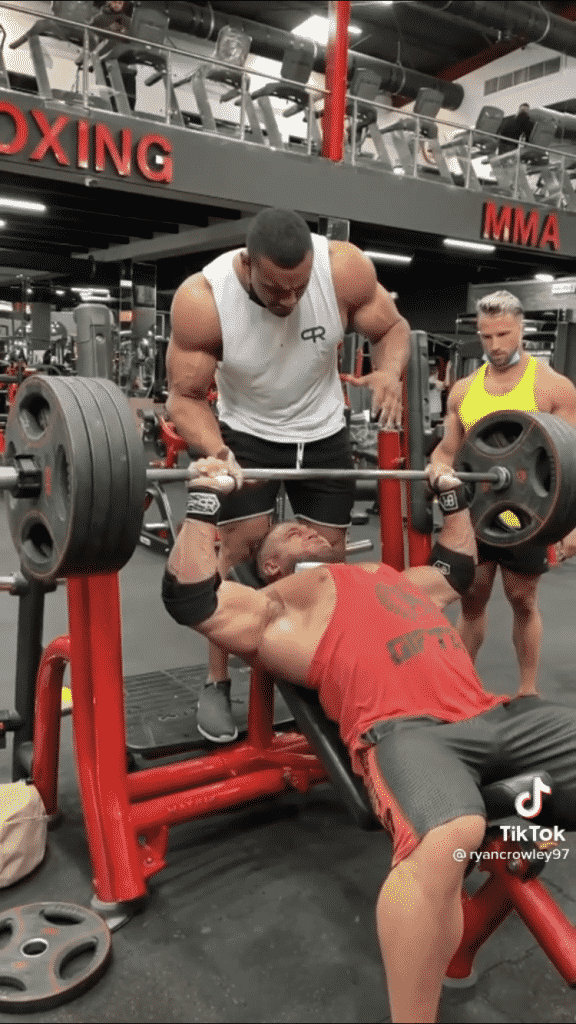 Who is Ryan Crowley?

Ryan Crowley (or ”Big Rig”) is a 23-year-old British bodybuilder who recently sustained a career-threatening injury during a workout with Larry Wheels.

How is he now?

As Ryan was overseas and a British citizen, his insurance would not cover the procedure. A GoFundMe page was set up, which received over $38,000 in donations.

However, following the incident, Ryan has had a successful surgery and is now in recovery. He has been able to do some light workouts under the recommendations of his doctor.

See also  TikTok: "This is my land" song explored with lyrics and examples!

Ryan has been shown so much support!

Ryan has been shown a tremendous amount of support over the past few weeks, with crazy GoFundMe donations, heartfelt comments, and videos on TikTok aimed at him.

Below are a few of our favourite TikTok duets: