TikTok: The story of @soundoftheforest being banned for being autistic 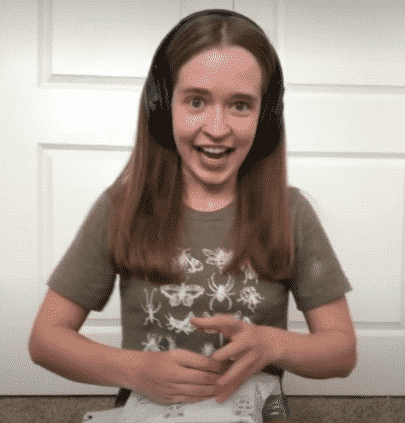 TikTok has banned the account of the user @storyoftheforest several times for using the word “autism” and “autistic”.

This can be problematic as the user is autistic who openly describes herself and explains her lifestyle. She is one of the most wholesome TikToker that sheds light on the daily routines and mannerisms of autistic people and removes the stigma of the mental disorder in a positive way.

She has always followed the terms and conditions of the platform but words like “Autism” and “Autistic” are red-flagged and her account gets banned, which has happened several times.

The team of TikTok is very understanding and has reinstated her account. Until 1st of December 2021….

A petition was made on change.org by Mitch Bolen on 1st December 2021 that explains what happened to the account –

See also  Grimes Has Returned To The Internet

I am friends with TikTok personality Nicole Parish (@soundoftheforest).  Nicole is a professional artist who also happens to have autism.  Her TikTok account, on which she speaks openly about the challenges that face the autistic community and ways she copes with being neural atypical, had amassed nearly two million followers—until tonight (December 1, 2021) when TikTok banned her account for “numerous Community Guidlines violations”.
Nicole is a professional artist who paints what she’s passionate about—bugs.  Nicole has always had two passions in life: painting and bugs, and she’s figured out a way to combine the two in a way nobody else has.  She is featured in numerous galleries, including the Meyer Gallery in Park City (https://www.meyergallery.com/artist.php?artist_id=256 Anthony’s Fine Art in Salt Lake (
https://anthonysfineart.com and Lark & Key in Charlotte, NC (https://larkandkey.com
Nicole started her TikTok simply as a way to ask questions about the neurotypical world she lives in but struggles to understand.  She didn’t think she’s really get any followers; she just thought it might be a nice outlet for hers. Since joining TikTok, Nicole has read and abided by TikTok’s Community Guidelines (I happily let my 6-year-old watch her videos), but she has had her account frozen several times because her videos include the words “autism” and “autistic”.  When she reached out to TikTok about these issues in the past, they’ve always unfrozen her account.
However, apparently TikTok has a policy that if your account is frozen too many times, for whatever the reason, your account will be banned from the platform, and it’s very difficult, if not impossible, to get it unbanned.
Unfortunately, this appears to be what happened to Nicole Parish tonight, December 1, 2021.  It is incredibly saddening to her and her followers.  Her account was a glimmer of light in world of social media that is far too often dark.  It is unfortunate that we live in a world where the words “autism” and “autistic” are flagged for being inappropriate, and an autism advocate can get banned from a popular social media platform for discussing autism.  Shutting down the discussion is counterproductive to everything Nicole has stood for.

The user also shared some links that attested to the fact that she is not violating any rules but bringing joy to the viewers.

This petition gained overwhelming support immediately and within two days her account is back online! Mitch, the person who made the petition, added an update –

Her account is back up!!! https://vm.tiktok.com/ZM8n7vTFm/ Nicole had so much overwhelming support!!! This will go down on Change.org record as one of the most successful campaigns ever!! So many people reached out to TikToc, shared her videos, and signed this petition. I’m not sure what it was, specifically, that got her account back, but everyone who helped played an important role!! Thank you so much!! Let’s keep spreading autism awareness, love, kindness, and acceptance make this world a better place as Nicole does!!

Let’s hope she doesn’t get banned again and be ready to support her if she does!