TikTok: Get to know the Sidemen crew and their 5 best videos! 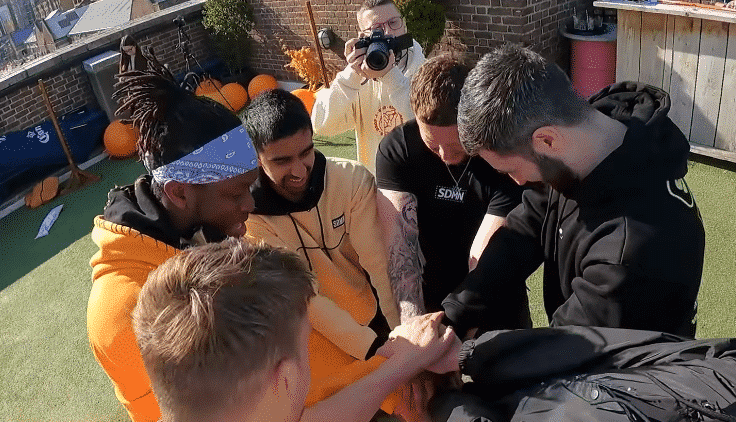 Sidemen crew on TikTok have caused a lot of laughs and waves. So let’s get to know them a bit more so as to appreciate the group.

All about the Sidemen crew

The Sidemen crew are the most popular on YouTube. It is a group of Britishers consisting of KSI, Miniminter, Zerkaa, TBJZL, Behzinga, Vikkstar123 and W2S. The group is best known for its various YouTube channels, which have a combined total of over 125 million subscribers, as of July 2021.

Their account on TikTok has a 2.6 million following where the crew just posts dance routines, reaction videos, funny content, and videos of them goofing off. They also have millions of followers on Twitter and Instagram because the users just can’t get enough of them.

See also  TikTok: “I Want You to be My One and Only” puts YOU in the spotlight!

The crew came together in 2014 when they all bought a house together that they named the Sidemen house. The aim was to collaborate together to create trending and engaging content and looking at their following, we can safely say that they are doing great so far.

They also have a website with the same name where they sell merchandise like hoodies, caps, fleece blankets, mini lockers, etc.

This group of men came together with a passion for video games and their need to show off their skills on the internet. Sidemen is the biggest YouTube group in entire Europe and this group just keeps increasing.

The group is hilarious and their content is always creative. You cannot get this kind of joke anywhere else.

See also  What is the meaning of "MLM" on TikTok?

You can say that these guys are really committed to getting hilarious content and they never disappoint.

Scrolling through the account, you will see that none of the videos have less than a million views minimum. That’s how you know you have made it on TikTok.

Which one of their videos is your favorite?