TikTok: Where is the No Beard filter icon and 5 hilarious examples! 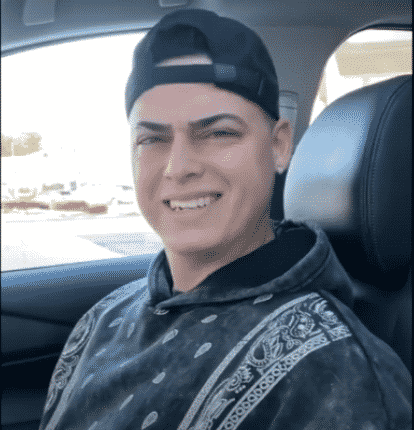 New filters are constantly trending on social media, but the No Beard filter is currently taking the internet by storm as creators are uploading the hilarious results from Snapchat onto TikTok.

In this article, we explore the Snapchat filter and its wonderful skills which literally make your beard disappear. Continue reading to find out why viewers are loving this social media feature and how you can access it yourself! Who knew you could remove your beard without using a razor?

What is the No Beard filter?

See also  How to do the Inverted Filter on TikTok - see what your face really looks like!

Well, have no fear, Snapchat is here to make the beard disappear!?

Yup, Snapchat now offers an insane filter that literally removes your beard with no razors involved!

Creators have begun uploading the outcome from Snapchat onto their TikTok accounts and the results are scarily accurate – even the viewers believe it’s real!

The popular TikTok hashtag #nobeardfilter is currently with 2.8 million views and is filled with incredibly fun content.

See also  TikTok: Comment hearts bots - What are socialbots and do they work?

How to get the No Beard filter

Although the No Beard filter is trending all over TikTok, the filter is in fact taken from Snapchat.

Once you open the app, you are first introduced to the camera screen, right?

Now, simply click on the smiley face icon which appears on the right-hand side of the circle-camera button.

Then, press on the animated magnifying glass symbol which is found at the bottom right of the screen labeled ‘Explore’.

See also  How to do the Pinterest trend on TikTok - find your 2021 look alike!

Go ahead and type ‘no beard’ into the search bar and press onto the first filter icon which shows a black beard image with a blue line crossed over it.

For a more visual tutorial; a TikTok user named @d_lemon screen-recorded his device as he accessed the No Beard filter on Snapchat.

TikTok creator named @unclekaiju has gained over 300,000 views on his video whereby he shocks his wife by using the scary filter.

See also  How to get the Retro Filter trend on TikTok - Grab your parents and give it a go!

“Haha this made my whole night the laugh and put it back ?”

@leemsnow also tried out the filter and received disapproval as he freaked out his peer.

Another user named @imnickrobertson posted his reaction to the no beard filter and he sure was shocked!

@jackglitched was not impressed with the outcome of the filter.

What are you waiting for? Go ahead and try out the No Beard filter on Snapchat and shock your viewers!

Don’t forget to upload the entertaining outcome onto TikTok!