The life of a celebrity assistant – TikTok star Shirley Tempeh gives us a peek! 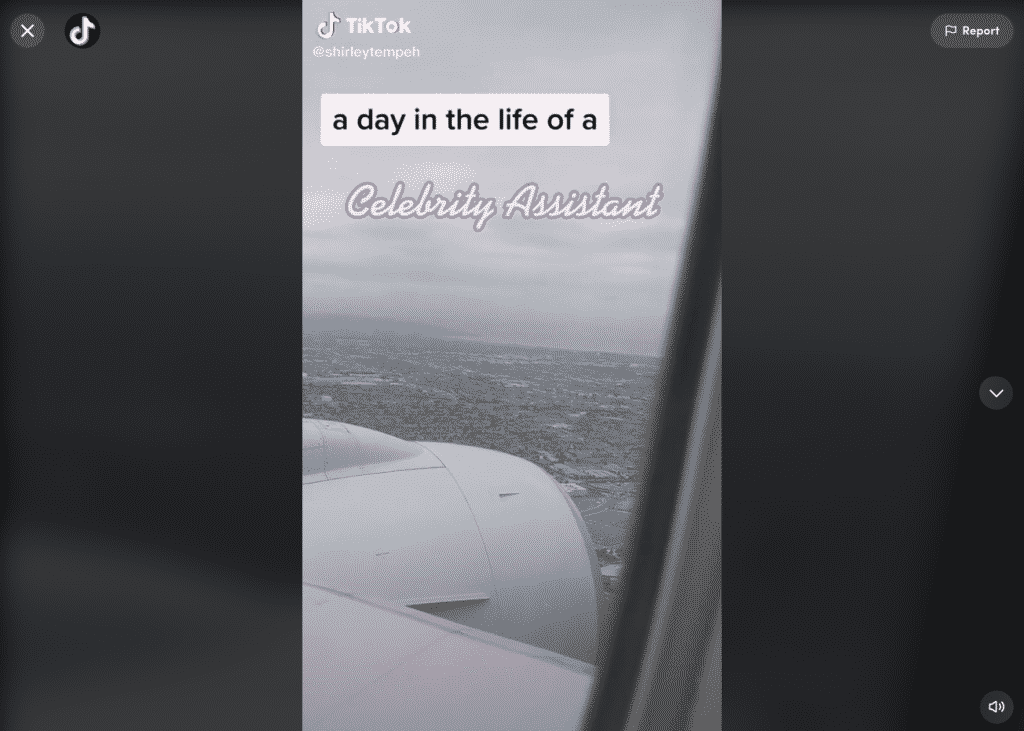 Ever wondered what it’s like to work for a celebrity? Shirley Tempeh shares what she gets up to in a day in the life of a celebrity assistant on TikTok.

Shirley, from Los Angeles, has over 72k followers on TikTok and the public certainly admire her job and love watching what she gets up to. Although, it is still unclear who she actually works for.

Who does she work for?

Many of Shirley’s followers are curious about who her boss is. In this video she posted, it’s clear there have been plenty of incorrect guesses and we are still yet to find out!

All we know so far is that her boss is male and he is a producer, director, and showrunner in the film and TV industry. Some of her vids contain slight sneak-peeks of him like his arm, legs, and the back of him but these don’t help narrow down the list of celebs he could be!

See also  TikTok: What is a Sea Shanty? Get to know singer Nathan Evans!

How she got the job

Shirley recently explained to her followers, in one of her videos, how she came to be a celebrity’s assistant after many comments and questions. It looks like a lot of her followers are very interested in her job and want to become one too.

It turns out she started as an intern then became a production assistant and was promoted to production coordinator not long after. A while later she started working for a digital media company as coordinator again. She was then offered a job at a major film studio (although she didn’t state which) before finally making it to be a celebrity assistant.

She has definitely had a lot of jobs but this one has to be the best out of them all. Who wouldn’t want to show off a job like this?

What does she do?

A lot of her content includes traveling within the US and abroad with her boss, going shopping, getting food, and pretty much just living a very boujee life which many followers are inevitably jealous of. She says she also wants to be a director and producer eventually too, like her current boss.