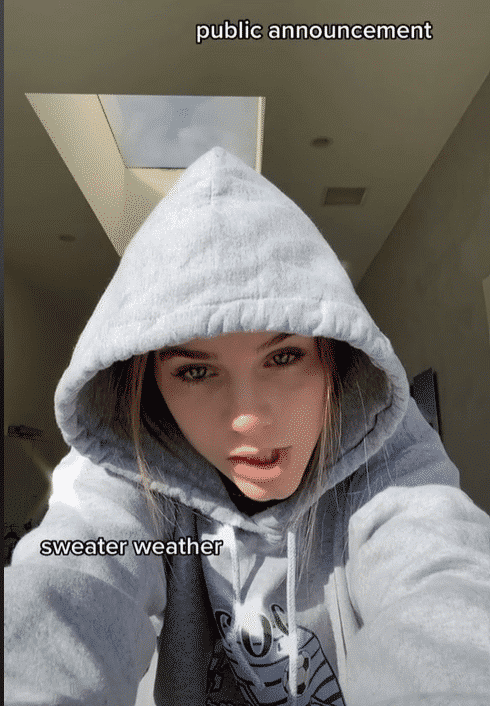 Social media users are using the song “Sweater Weather” to come out as bisexual, and TikTok star Anna Banana is one of them.

Who is Anna Banana?

Her TikTok account – @annabananaxdddd currently has 10.4 million followers and 539.7 million likes… so she’s clearly very popular on the app!

Anna didn’t make a TikTok account with the intent to become a famous star, she began her account as a joke and quickly gained thousands of followers!

Social media users on all platforms have been wondering one question since Anna became big on TikTok… is she bisexual? Well here’s your answer!

Anna actually announced she was bisexual back in December 2020, where she posted a video of herself paired with the song “Sweater Weather” by The Neighbourhood.

Now you may be wondering – why does this mean she’s bisexual, she never said she was?

People on social media are using this song as a code to announce they’re bisexual because the song discusses a very intimate relationship, whilst also talking about how cold it is outside.

This is the reality for many people in gay relationships, who aren’t accepted by society and have to stay in the closet (in the cold).

TikTok star @jameswrightt also used the song to come out- we love to see it!

See also  TikTok: What is the meaning of Rose Quartz? And how can I use it?

Coming out can be daunting, so we love this idea for creating a less scary way for people to tell their friends and family!

Although her sexuality should be nobody else’s business – TikTok users can’t help but be nosy and comment about it!

@dezisntfamous was very happy about Annas announcement about her sexuality.