How TikTok helped Mayan Lopez mend her relationship with her father, George Lopez 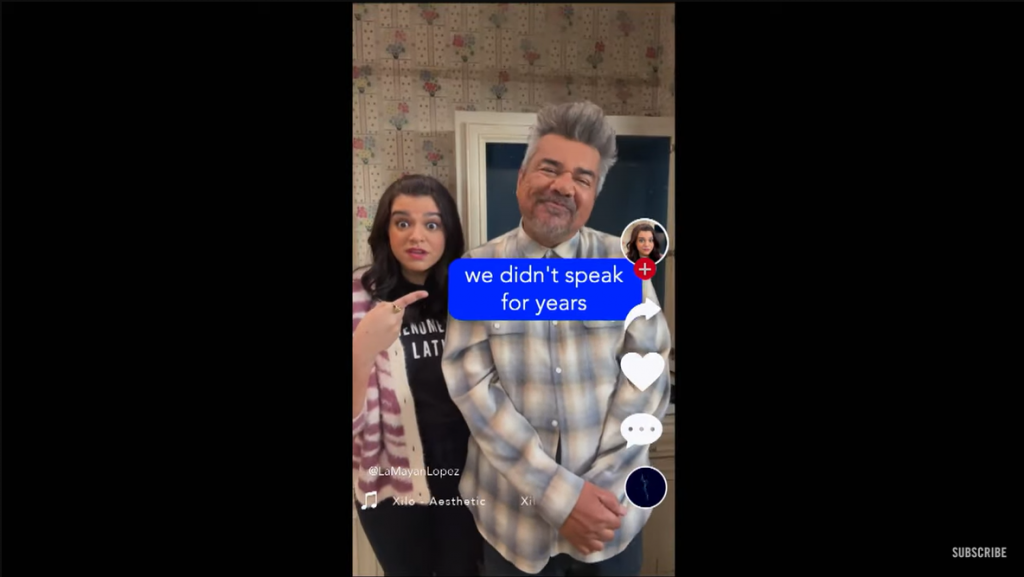 It’s unusual to see a father and daughter team up for a network sitcom—especially when they’re comedians George Lopez and Mayan Lopez, who co-star as TV versions of themselves in “Lopez vs. Lopez,“.

“About two years ago, I made a TikTok video in response to someone making claims about some of our family dynamics. My father being unfaithful, my mom giving him a kidney, and then their divorce.” Mayan Lopez, 26, told The Washington Post. “Wait a minute. I’m a stand-up comedian. ‘What can I do to get someone’s attention for the joke?’ I reasoned. I decided to twerk upside down on a wall, so I did. “Our showrunner, Debby Wolfe, was procrastinating on TikTok, as you do,” she explained, “so we got together [for the sitcom].”

As the series begins, George Lopez and his daughter, Mayan, are attempting to mend a deep family rift. The rift was caused by George’s infidelity with his now ex-wife, Rosie (Selenis Leyva). George is assisting Mayan, who is living with her significant other, Quinten (Matt Shively), in renovating her kitchen (sort of) and attempting to bond with his young grandson Chance (Brice Gonzalez) in an effort to bring the family closer to forgiveness on all fronts.

See also  TikTok: 'On The Stereo song' revealed - and how to download it!

“I’ve been in therapy for many years thinking, ‘Oh, I’m going to teach my character some things,’. But she’s really teaching me a lot about how to communicate with my father with authority,” Mayan explained. “Sometimes after a scene, we have to check in with each other and say, ‘Are you OK?'”

“Some wounds never heal,” she said of their actual relationship. Collaborating hasn’t been easy, but it’s been very purifying.” I believe the past can be put behind us and we can work together to create a better future.”

She also stated that the show has helped her learn more about her off-screen relationship with George.

“I’m almost able to see my relationship with my father from an outside perspective, and I know that as you get older, you start to see your parents as people, so maybe you understand them in a different way and you’re able to talk and educate,” she said. “‘Lopez vs. Lopez’ also represents the older generation versus the younger generation, so it’s okay to express our emotions.”