Ash Kaashh Tiktok Sensation is About to Become a Millionaire 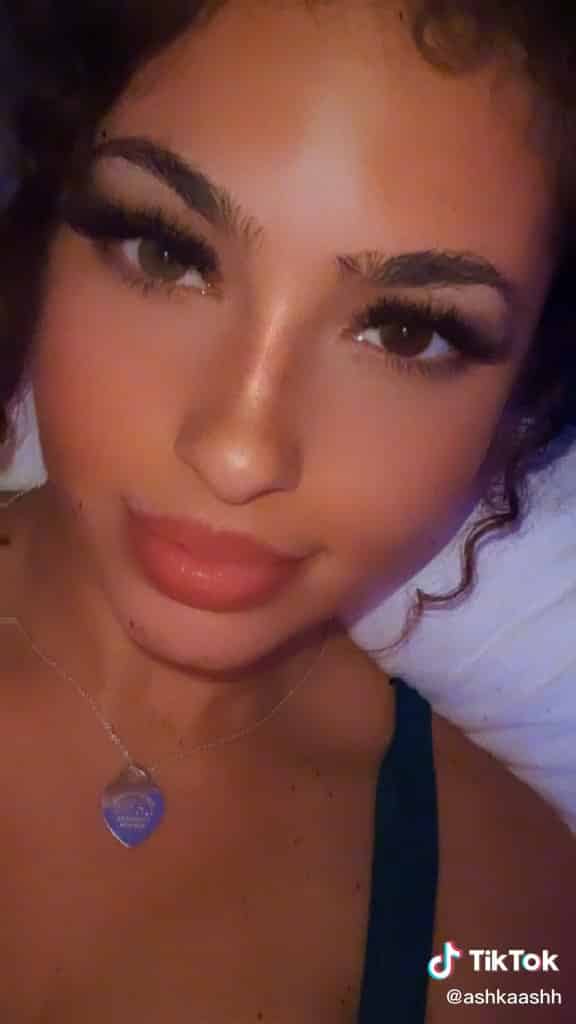 If you want to become famous on social media, one of the best platforms is Tiktok. Ash Kaashh (Ashaley) is one girl who has gradually become famous on Tiktok. @ashkaashh now has more than 2 million followers, and her fan base is still growing.

Ash Kaashh is a 24-year-old rising TikTok sensation and social media influencer from Illinois, Chicago. She is also a professional nail artist, model, and entrepreneur. Her nail business is Heaven Sent Nails, and she also models swimwear and lingerie.

Social media users first noticed Ash in 2018 when she opened an Instagram account. What caught Instagrammer’s attention was one of Ash’s comments on her account, which said, “I’m going to be a millionaire.”

See also  TikTok: Who is Natalie Quinones? Get to know the social star!

She also opened a TikTok account and started posting raunchy videos and photos that fascinate her followers.

TikTokers have come to love Ash Kaashh because she is drop-dead gorgeous, has a stunning smile, and has a body to die for. She is also a fitness fanatic, stylish, and has a fantastic personality. TikTokers cannot have enough of her sizzling hot videos about her lavish lifestyle and sexy outfits.

Ash Kaashh has accounts on the leading social media platforms such as TikTok and Instagram. However, the platforms took down her accounts numerous times because people reported her raunchy posts. She, therefore, opened an OnlyFans account where she shares her explicit content.

Ash makes loads of cash through this account as she charges $49.99 monthly. She has more than 21 posts on the platform at the moment.

See also  TikTok: “I just want to be appreciated” trend explained - where it came from and how to do it!

Ash has been the subject of fake death rumors like many other celebrities. In May 2021, stories of her death started spreading online. Someone posted a picture of Ash on Instagram saying, “Remembering Ashley.” The photo went viral, and Ash Kaashh’s fans were devastated.

However, her fans were relieved when they learned that it was fake news. It is not clear who started the fake news.

Is Ash Kaashh a Millionaire Yet?

Since Kaashh posted on Instagram in 2018, “I’m going to be a millionaire,” she has worked her head off to achieve her dream. The good news is that Ash is on the verge of becoming a millionaire; according to Exact net worth, her net worth is about $800,000.

Little-known Ash Kaashh started on social media with a dream of becoming a millionaire. She is now on the verge of achieving her dream, and she will soon get there with a bit of extra work. Talk of dreams being valid!