What is the meaning of “DNF” on TikTok? 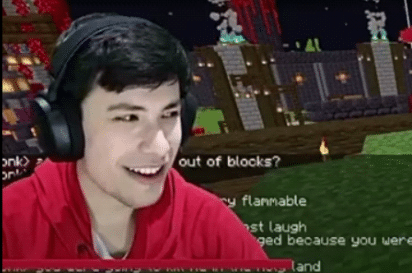 The abbreviation of DNF has a lot of different meanings based on the context. You can get to know here what the meaning of DNF on TikTok is.

DNF is just one of the abbreviations that are commonly used on TikTok. If you want to know the meaning of any slang or acronym, Hashtag Hyena is the best place to learn them and to understand how to use them.

What does DNF mean on TikTok?

There are various meanings but according to Urban Dictionary, the most commonly used meaning is –

Did Not Finish
a term used in sports events whereby the participant is unable to complete the event
damn, i just dnf’d the winter Olympics
Example – i just dnf’d
dnf?
did not finish
THATS BRILLIANT!!

An event for which the participant never finishes.
Example – Although he started the 10k, quitting at the 6k mark meant his result was listed as a DNF.

Another definition is a weird one. It is understood only by people who are active TikTok and YouTube users.

DNF is an abbreviation for an online ship Dreamnotfound, shipping Minecraft youtubers, Dream, and GeorgeNotFound
Example – I am writing a DNF fic.
Do you read DNF?

‘DNF’ is a ship name between 2 minecraft youtubers (dream was taken and georgenotfound) that stands for dreamnotfound
Example – “You should read heatwaves”
“who is it about?”
“dnf”
“who tf”
“dreamnotfound”

But the most commonly used meaning of DNF is “Dinner N F*ck”. It is basically just a fancy way of saying Netflix and Chill. Now if you don’t want others to know that you are Netflixing and Chilling or if you want to be cruder, you can say DNF.