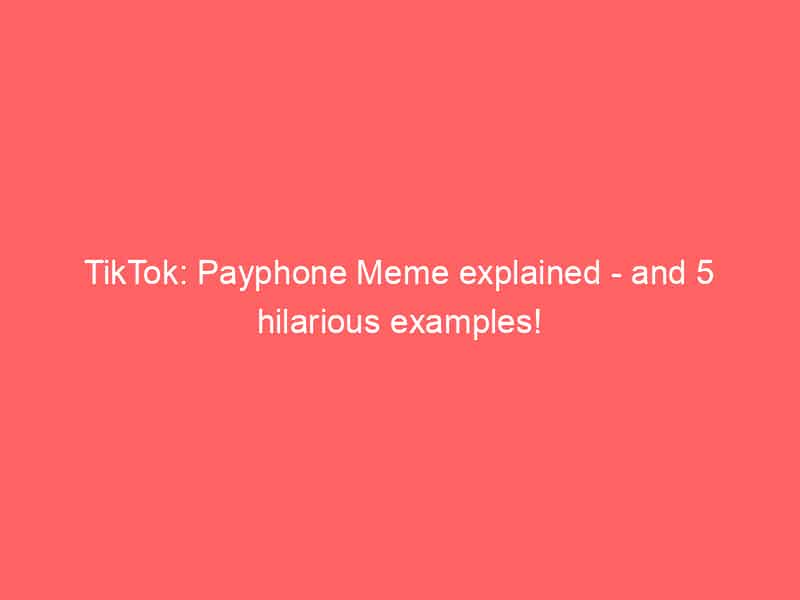 TikTok memes are constantly trending, but the Payphone meme is currently taking the spotlight as users are loving the vibes!

Continue reading to find out all about this payphone meme along with amazing examples!

What is the payphone TikTok meme?

Although having originated a while ago, the Payphone meme is still trending on TikTok.

While many of the videos using this song involve content containing the usual version of the pop-song, a lot also feature the payphone meme.

The gamer is best known for his Fortnite gameplay videos as he started his career streaming Fortnite content.

The original TikTok video was uploaded onto the app by @.999aurora and has now reached 4.8 million views.

NRG Esports, on TikTok as @nrg, uploaded a trending duet video onto their account using the meme.

Another creator named @imangelow featured the viral video in their funny TikTok.

See also  Who is "codgod76" on TikTok and why are people trying to find them?

Kieran Britton (@sammyman6969) used the meme in his upload jokingly-referring to a gaming scenario.

TikTok gaming user, @sxicle, appeared to be inspired by Stable Ronaldo’s meme as he featured similar vibes in his viral video.

The trick-shot supposedly performed by the gamer left his comment section full of disbelief.

@doeidruif04 also used the meme in their comical upload.

The video refers to a relationship scenario whereby the girlfriend thinks she is being cheated on, whereas the featured-video suggests otherwise.

Go ahead and check out this viral Payphone meme to discover what the hype is all about!