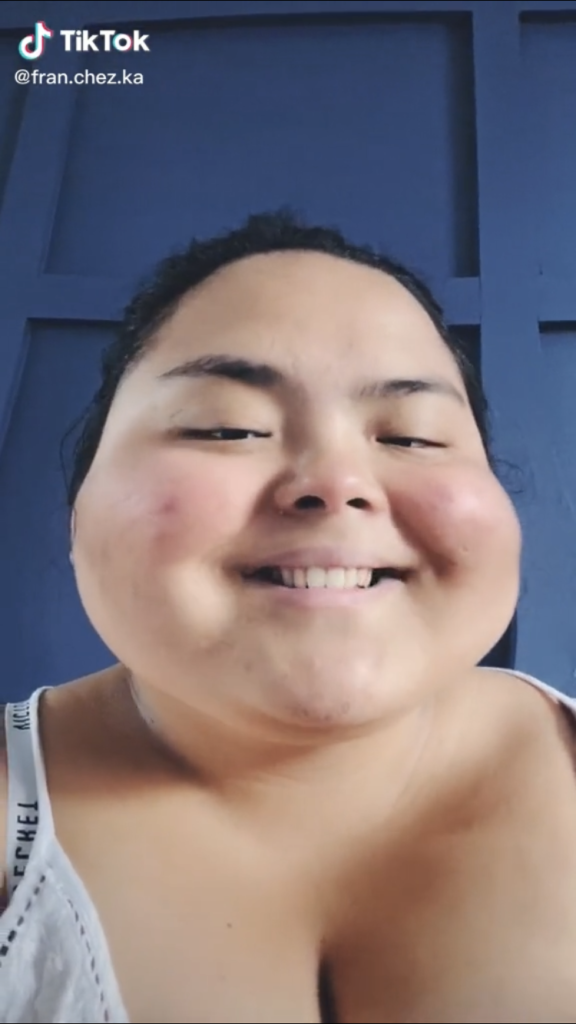 The Chubby Face filter on TikTok has sparked huge controversy after it’s ‘accidental’ release in the UK.

What is the fat face filter?

The fat (or chubby) face filter is pretty self-explanatory: it aims to make your face look fatter. There is an option to choose how many ‘times’ fatter you want to be and it has become one of the latest TikTok trends.

Why has the TikTok and Instagram filter sparked controversy?

Though the filter was accidentally released in the UK, it still received a tremendous amount of backlash for ‘promoting fat-shaming.’ The filter has also been called out for being offensive and problematic to those of different shapes and sizes

The filter is still trending

Following all these accusations, the filter still seems to be quite popular. Many have used it on friends and family, while some have put the filter on celebs such as Billie Eilish, Chris Evans, Kylie Jenner & more. Scroll down for examples:

TikTok: How to get the viral AI manga filter on TikTok

TikTok: A guide on how to remove the invisible body filter

TikTok: What you need to know about the reverse AI filter