TikTok: Tara Lynn’s message about her leaked pictures needs to be heard 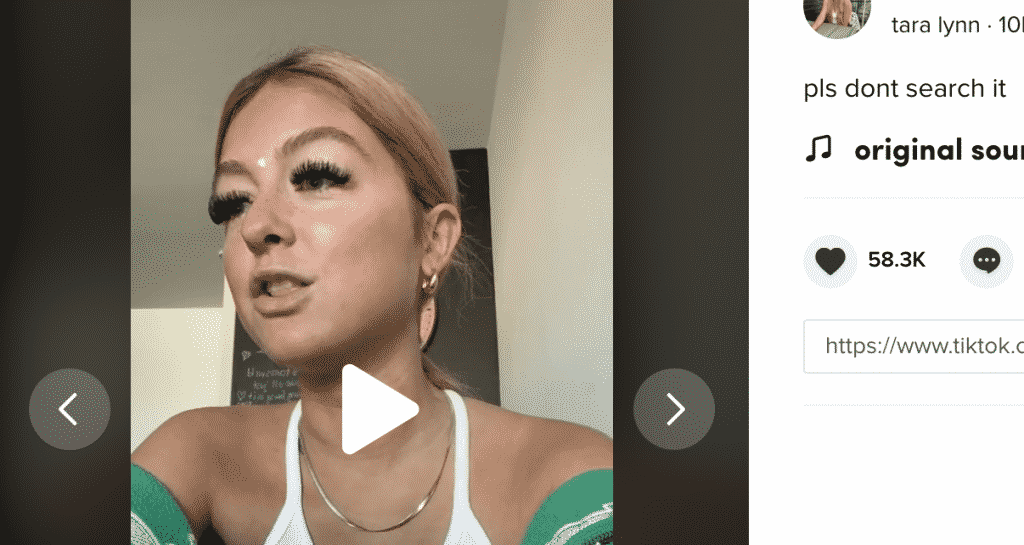 Tara Lynn is an American TikTok star who has over 2.1 million likes and has received 79.9 million likes for her videos. She vlogs about her life and posts ‘what I ate in a day’ videos for her fans, as well as TikToks showing off her outfits.

Her bio reads, ‘hi I like to crash cars n ruin the lives of others!’ Tara also has her own YouTube channel which helps maintain her large following.

What happened to Tara Lynn?

Tara Lynn recently posted a TikTok where she had a wardrobe malfunction during the record, revealing her boobs unintentionally. The video was removed and those with copies of the images or video have been asked to delete them.

TikTok and social media stars often trend when their private images or videos are leaked. There is a danger when people discuss and share the incident, that gossip can descend into cyberbullying. Tara recorded a message for fans addressing the issue and it is important that it gets heard.

What is her message?

“So my dad was just telling me that his next-door neighbour, who is an old guy, looked me up on google and said all these photos popped up. So I was like “oh, I’m gonna google myself and see what I can find” and the first three photos are when my tit came out on TikTok.

And that’s the first three photos, so… I mean I’m glad he saw that and I’m glad everyone else sees that too (sarcastically). Oh, there’s four actually, not just three.”

She captioned the video ‘pls don’t search it’ in her plea for the images to be taken down and ignored.