What does pineapple mean on TikTok? 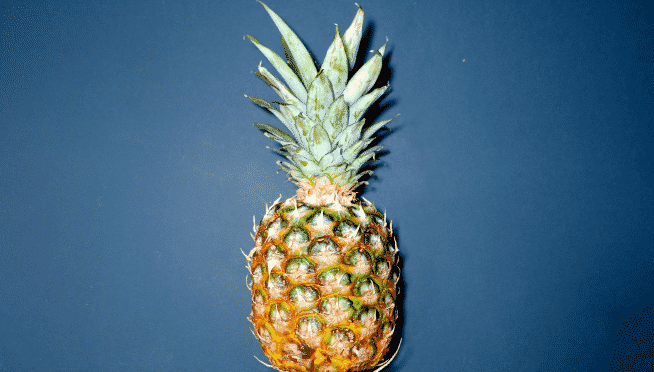 Obviously we know that a pineapple is a tropical fruit, but what does it mean on TikTok and why on earth is everybody talking about it?

As well as there being thousands of videos to do with pineapple hacks, there are also other meanings for ‘pineapple’ going around on TikTok, Snapchat and other social media platforms.

What is the meaning of ‘pineapple’ on TikTok?

So why do we keep seeing the word ‘pineapple’ everywhere on TikTok and the pineapple emoji?

There are several meanings for pineapple. One of which is a little more inappropriate than others.

One of the main meanings for pineapple currently is in fact well-being! As well as friendship and diplomacy too.

Pineapples or pineapple juice is high in vitamins and nutrients which are good for women, however it’s also used as another word for a ‘swinger’ which is someone who engages in group sex or the swapping of partners but can also mean a lively and fashionable person who goes to lots of social events. As well as this, is often eaten or drank before oral sex too.

Pineapple can represent ‘warmth, hospitality and welcoming’, as an example, if somebody was to get a pineapple tattoo, this may mean they wanted one to represent home or something personally familiar. However, this does seem very random and is most likely not at all what it means on TikTok.

A few years back it was used on Snapchat to describe a relationship status as ‘complicated’, where blueberry would mean single, cherries meant you were in a relationship but if it wasn’t quite so straightforward you would refer it to a ‘pineapple’. This could be because a pineapple is a pretty complicated and spiky looking fruit. Whereas a blueberry is a pretty simple fruit and comes on it’s own, hence, single, and cherries come in two’s.

There seem to be many delicious looking recipes (like the one below) and tutorials on TikTok and Insta and also hacks to do with pineapples at the moment too, especially as we head into summer!

See also  TikTok: How to do the Walk Challenge - and 5 great examples!

What does the pineapple emoji mean?

The pineapple emoji can be in captions on Instagram and TikTok and can be used when talking about holidays, travel, the actual fruit itself or even pineapple decor.

Here is the no-knife hack on TikTok that allows you to get pineapple bites from a pineapple easily without cutting it!