What does NBS mean on TikTok? Here’s how to use it with examples 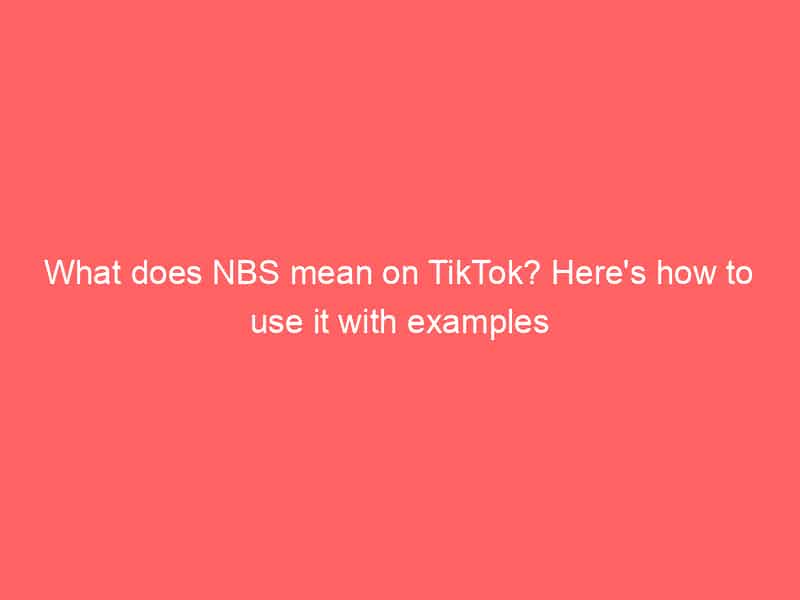 TikTok has a lot of abbreviations to keep up with. So let us see what does NBS mean on the video sharing platform and learn how to use it.

This abbreviation is used very commonly so it has been shortened. Honestly, you can say NBS is actually a mood. Keep reading to understand why.

What does NBS mean on TikTok?

How to use it

So when you want someone to take you seriously and you want to let them know that you are not joking around or appreciate humour right now, you can use “nbs”.

When it comes to TikTok posts, you can emphasize something by saying “no bullsh*t” but in short like “nbs”. Some people just put that in everywhere to sound cool.

On TikTok, The hashtag #nbs is so popular that it has 22 million views right now. So here are some of the most popular videos and you can see how nbs is used on TikTok.