TikTok: Who is Nick Navarro’s (@nicky.nightmare) dad? Find out about his ethnicity and age here! 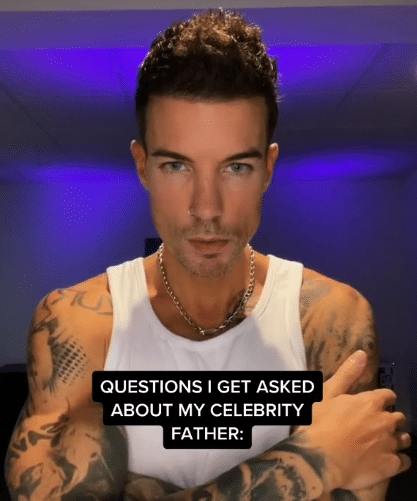 Every TikTok user must have seen a video or two of the famous model Nick Navarro. But who is @nicky.nightmare’s dad?

Let us have a look into his personal life and get to know our favorite TikTok celeb a little better.

Who is Nicki Navarro?

You can say that Nicki is a very popular social media influencer. He has a huge following on TikTok (@nickynightmare) with 210k followers. On Instagram (@nicky.nightmare), his account has 14k followers where he posts casual photos and reels.

You can call him a rising artist. He must have figured out that he is going to blow up soon because he just opened a YouTube account a few weeks ago on 17th July 2021. You can check out his first video above called Glycerine.

The reason why so many people love Nicki is because of his charm, good looks, well-muscled body, his music, and his undeniable guitar skills.

He has started his website called Nicky Nightmare where he sells his awesome music and merchandise to his fans. If you are looking to support great artists, you can buy his merch.

The TikToker’s latest video has every user asking Google who is his dad. In the video, he answers the question – “Questions I get asked because of my celebrity father”. This text itself has intrigued his fans and they are all wondering who is the famous dad of Nicki Nightmares.

Get to know @nicky.nightmare’s dad

Nicki is very secretive about his personal life so he never mentions anything about his family or any personal details. So who his dad is just speculations right now.

See also  Who is Cori Gabrielle? TikTok in bid to find her real family!

But a lot of people are assuming that his father is Dave Navarro not just because of the same last name but also because they seem to have a very similar music taste.

So we don’t know definitely who the father is but we know a few things about him – Nicki wishes that he has the voice like his father but his father’s band is not his favorite. If you know anything more about Nicki or his father, you can leave a comment below for our readers.