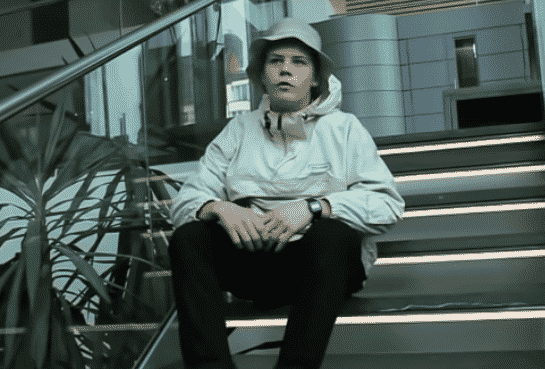 If you are a TikTok user always on the lookout for the best music for your videos, you should use Ginseng strip 2002 but not before you read the lyrics.

Poppin’ pills like zits
While someone vomits on your mosquito tits
Slitting wrists while dark evil spirits like Slytherin
Slither in with tricks, I’m sick
Acid trip makes my spitting sick
And makes me start hitting chicks
Knitting thick, shitting quick, fitting d*ck
Like transmitting sh*t with an AIDS stick
Think you’re gay as fuck like a fish stick
Tequila shots and salt licks
Getting balls in your face like a free kick
Yung Lean stays motherfuckin’ freaky (B*tch)

Rotten teeth like Gargamel
Cast a spell, you keep on tryin’ to yell
Bet your dead body stinks worse than my S’well
Well, Lean expels
Diagrams as if they were made in Excel
F*ck fat hoes like Adele
Get my d*ck stuck inside a lamp shell
Get it out with sperm cells and hair gel
Swim in Mexico, mademoiselle
Point and laugh while he fell
Who’s laughing now, now that I’m explosive like Alfred Nobel
Yung Lean only attracts an older clientele
Very well (B*tch) (Yeah)