TikTok: Here’s how to join the Wap speed dance challenge 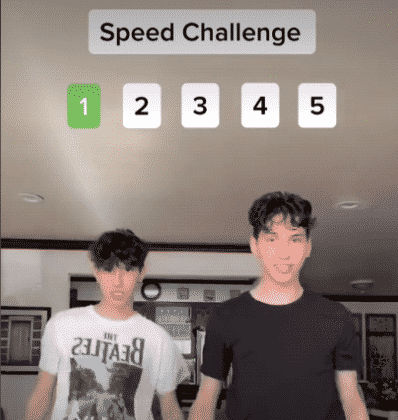 If you are a proud dancer then it is time to show off your skills on TikTok by joining the Wap speed challenge with the other users.

The music of the challenge has already been used in more than 75k videos and the hashtag #speedchallenge has gained about 737 million views.

About the Wap speed dance challenge on TikTok

This music of the challenge was made by the user @ynhedits and you can check out the original video above.

What the speed challenge is about is that a song is taken and played at the original speed. The user dance along with it to show you the moves. This is only about 5 to 10 seconds long. Then the song is played at 2x and the same moves are played out a little faster.

See also  Buss It Challenge Twitter Guy explained: So you don’t have to watch

The users carry on dancing at the same tune at faster and faster speeds till it reaches 4x or 5x. The songs are edited so that they are also played at that speed. Most users joining the challenge are using the same dance moves but after a while they get creative and people are using not only different moves but also songs.

Now that the trend has reached the For You page of TikTok, we are starting to see some amazing moves in different mediums.

Check out the tap dancing by @nicoletapz –

See also  TikTok: 'I Got Him Coughing And Wheezing' song explained - #asthmapumpchallenge

Do you think you have it in you to join the challenge? Let us know how you are going to do it differently and stand out from your competitors in the comments section below.