Zodiac Killer Meme: The Truth Behind This #Fuss Lurking Around Twitter 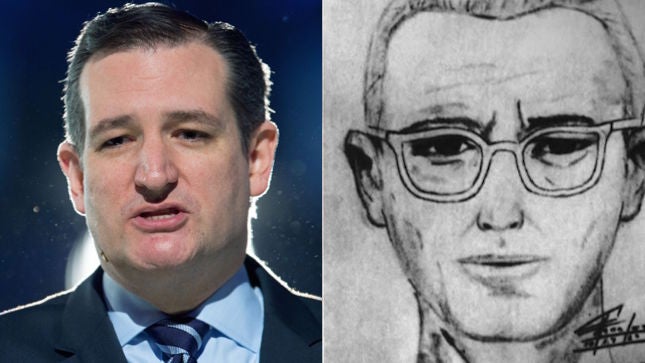 Zodiac Killer meme about Ted Cruz is one of the funniest memes on social media you’ll ever see. Initially, this situation got a lot of attention in 2015; but the origins of this meme can be traced all the way back to the times of 2013 when several people on Twitter kept referring to Ted Cruz as the Zodiac Killer after following his speaking session at the Conservative Political Action Conference in which he pledged to revoke the Affordable Care Act.

So, residents who opposed the Republican step began to refer to Ted Cruz as the notorious killer who horrified Americans in the 1960s and 1970s. All of this Zodiac Killer meme of Ted Cruz was resurfaced on various online platforms in 2014; right after the resistance of politicians to internet freedom.

See also  One Good Girl is Worth a Thousand Meme explained - behind Kanye West and Lil Wayne's math problem!

See also: ‘Caught in 4k’ Meme explained: What it means and 7 hilarious examples!

All of this fuss began in February of the year 2016 when a random Twitter user whose Twitter handle named Nathan Lano Manga made a joke that “Is the Zodiac killer named as Ted Cruz?” At the time, he was viewing the presidential debate at CBS.

Even he has posted a photoshopped image of a Google Digital display as well; while asking the exact question to create the impression that this rumor has now become the most asked query on Google. Nevertheless, the Twitter handle of Nathan Lano Manga is currently not active; but the rumor he dispersed from his account still circulates on social media platforms and becomes one of the hilarious memes.

See also  Logging into Instagram on Safari: Meaning and memes from TikTok explained

See also: Who is Wardy Joubert? The truth behind internet meme revealed!

Also, there is a page that has been created on Facebook with the title “Is Ted Cruz the Zodiac Killer”. This page is still active in sharing jokes and funny memes about the topic that once Ted Cruz was named Zodiac Killer. Moreover, this Facebook page has more than 40,000 followers.

After listening to the truth regarding the original Zodiac Killer had already been discovered; People on Twitter still want to throw joy at Ted by recirculating this old meme?

I’m sorry, but if you still trust that they have actually found the zodiac killer, However, @tedcruz is still free and roaming around us… I have a bridge to trade you.