Instagram: DaniLeigh’s reaction at being thrown out by DaBaby 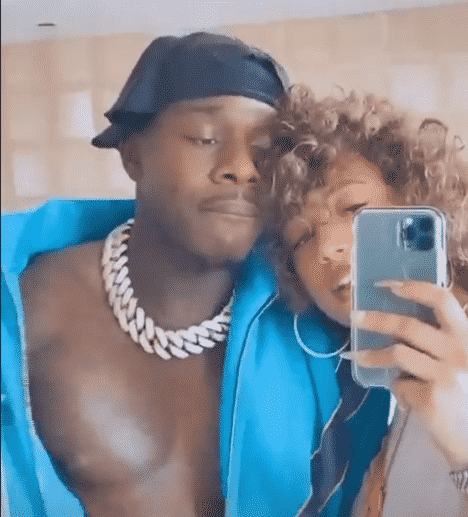 DaBaby and DaniLeigh had a fight while Instagram live was going on. He proceeded to call the cops to throw the baby mama out.

Here’s the whole story along with DaniLeigh’s reaction.

DaBaby was live when an argument between the partners broke out. DaniLeigh, the American singer and so much more, has been dating DaBaby on and off for a while and have been living together since three months. They now have a daughter who was born in August.

You can check out their fight below that was captured live –

As you can see, the mother is trying to feed the baby while the father is just recording the fight on a live Instagram feed.

During the video, you can see DaniLeigh trying to put a pillow in between or trying to stop the recording. Then she finally takes the camera and explains what is happening.

Apparently, DaBaby had called the cops to throw her out of the house after this argument. He accused her of using her baby to get internet clout and so much more.

The above video will show the entire live stream where DaniLeight explains what is going on. After that, DaBaby puts out his side of the story that you can watch below.

He explained a lot of things but just didn’t explain why he threw her out. He talks about flyout out, DaniLeigh fighting with her mother, etc. But there was no explanation as to what happened between them.

See also  Instagram: How to get the 'In 2021 I Will Be Filter' - predict your future here!

After this video was out, DaniLeight posted a few stories on Instagram about being thrown out.

She regrets that she didn’t listen to all the warnings that everybody gave about the rapper but now that she has left him, she says that she is going to learn and grow from this.

It is unclear what the real argument was about but it seems that the relationship was toxic. DaniLeigh and DaBaby have broken up and are not living together anymore. If we find out more information, we will update it here for you.