TikTok: Who is Chloe Jure? ‘Racist’ girl is ‘cancelled’ for viral video 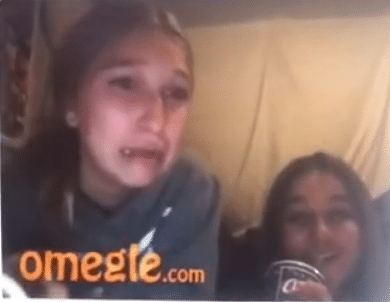 All actions have consequences, and Chloe Jure found this out the hard way and is being ‘cancelled’ for it.

Chloe Jure is being ‘cancelled’ because of a video on TikTok of being racist remarks, and users of the app are furious at her.

In the terms and conditions for TikTok, it states that racism will not be tolerated on the app and people are wondering why Chloe Jure still has an active account.

Who is Chloe Jure?

Chloe Jure is a TikTok user who was popular on the app, however, she has since deleted her TikTok videos.

Chloe is an athlete at her high school and plays soccer and she is in her teens, but we’re not sure about her exact age.

She is from Redlands, California in the USA.

See also  Get to know TikTok's Miketoks: Age, why he's single and where he's from!

She had an Instagram account @chloebjure with over a thousand followers, which has since been deleted. There are countless accounts that have popped up pretending to be her, with names like @chloebjuretheracist and @chloebjure_real.

What did she do?

Chloe Jure was on a website called Omegle, which is a ‘free online chat website that allows users to socialise with others without the need to register.’

It randomly pairs you with another random user and you then talk to them, with the names ‘stranger’ and ‘you’ appearing on the screen.

Chloe was put into a screen with TikTok user @Cindy.tkh who made a TikTok video about the people that she spoke with on Omegle.

@Cindy.tkh, who is Asian, received foul language and derogatory terms while talking to users.

See also  How to do the Pinterest trend on TikTok - find your 2021 look alike!

When she spoke with Chloe, Chloe pulled a foul face that was mocking @Cindy.tkh in a racist manner.

After @Cindy.tkh posted the video, a comment said: “THE 5TH GIRL IN THIS VIDEO IS CHLOE JURE. HER @ on INST is chloebjure.”

This comment was followed by another who tagged her TikTok account and said: “hi chloe, is this you?”

What could happen on TikTok?

Users on TikTok have reportedly informed her principal at her school on exactly what she has done and also reached out to the Superintendent.

Since all of this, Chloe has not posted on Instagram or TikTok, and is yet to issue a public apology for what she has done.