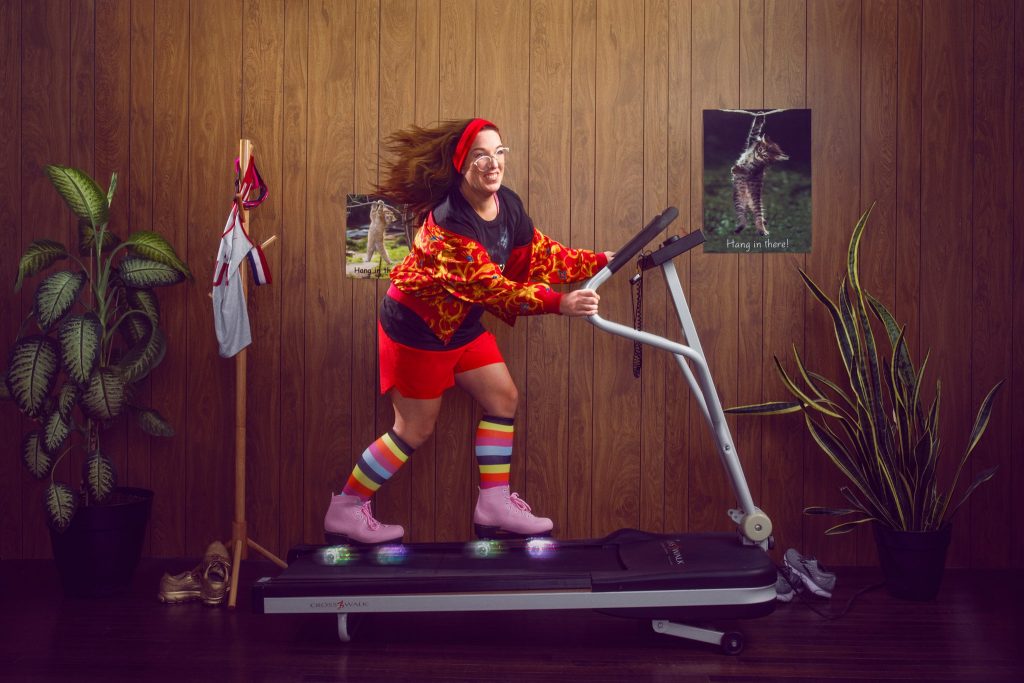 Mrs.Space Cadet is very popular among social media influencers for her training for marathons. Erin Azar have 600k+ followers on TikTok. New to this platform must have more questions about her. Let me explain to you.

Erin Azar is the real-life name of Mrs.Space Cadet. She is known with her username @iammrsspacecadet and @mrsspacecadet on social media. In a recent interview, she said; she had never thought about becoming a Social Media star.

Who is Erin Azar?

Erin Azar, who goes by the name Mrs.Space Cadet is no ordinary fitness influencer. She is an inspiration to many social media users interested in health and fitness. She prepares for a marathon by running 12-15 miles a day, and sometimes even more.

After all this, she never gives up and inspires many with her positive attitude towards fitness.

Erin Azar lives in Central Pennsylvania. Some of you might be in shock after I tell you she is married. Erin is a 37 years old woman, and she has three kids.

@mrsspacecadet posted her first video around two years ago. She had no idea that the views on video would cross the 100 million-plus mark on TikTok. Just imagine hitting this many views out of the blue. Now Erin Azar, or Mrs.Space Cadet, has more than 640k+ followers on TikTok, 55k+ on Instagram.

Want to Know Why She has Started Running!

In her last interview, she claimed that she had no intentions to be a content creator.

See also  How to use the S5 Filter on TikTok - and where to find it on iPhone!

But after having her third baby, she had a thought of running. So when Erin started running, she started filming. She wanted to use them as a reminder of her progress and motivation to move forward stronger.

When she posted the video, Erin was mesmerized by the response she was getting.

Erin Azar gave insight to everyone that you should never compare yourself to anyone.

She advised new runners to be persistent and proceed as slowly as possible to establish the habit. Say aloud, “I can run one mile,” instead of saying, “I can only run a mile.” In short, just gather your victories and celebrate.