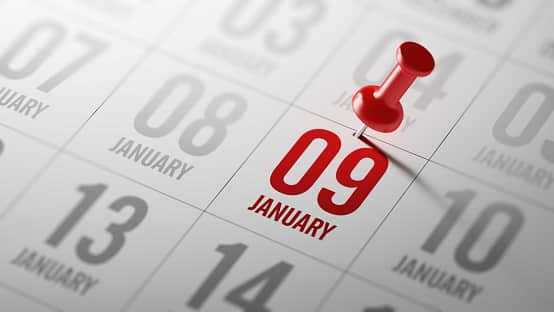 Some users have been confused by an unexpected rush of references to the date January 9th at 9 p.m.

But what does it all mean?

With so many users on TikTok and so many new trends emerging every day, it’s natural to be perplexed when people begin referring to something you’ve never heard of before.

Specific dates have even gone viral in the past, each one matching to a distinct trend.

People began making parallels to the popular Conan Gray song ‘Heather,’ which talked about getting a sweater from your sweetheart, on December 3, that month. Some dates, such as August 27, have acquired more sinister connotations on TikTok.

Users are already witnessing an increase in mentions of January 9 at 9 p.m. on social media. Notably, TikTok, and are perplexed as to what this implies.

While this precise date and hour might have multiple interpretations, many of the videos addressing it appears to be discussing the launch of the second season of ‘Euphoria.’

Zendaya stars in the program, which follows a group of high school kids as they “battle with drugs, love, social media, and money as they come of age while attempting to create their identity.”

The show’s first season was a big success when it launched in June 2019, and it was quickly renewed for a second season, which will premiere on HBO Max on January 9, 2022, at 9 p.m. ET.

Excited TikTok users have started posting videos commemorating the new season’s debut, typically noting the day and hour it would be available.

Other January 9 videos have discussed the upcoming release of the second installment of famous anime Attack on Titan’s fourth season, which is also creating a lot of buzz on TikTok.

Although these two events are not mentioned in every video addressing January 9, they are currently the most prominent instances in the lead-up to the debut of the two very popular shows.